Dodsferd - Suicide and the Rest of Your Kind Will Follow (2009) 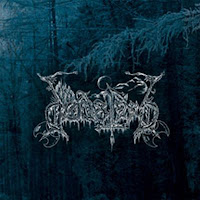 Possibly due to his prolific workload through the mid to later 'oughts, Dosferd decided to go with something different for this fifth album, Suicide and the Rest of Your Kind Will Follow. In place of the tear and rush of more aggressive works like Fucking Your Creation or Cursing Your Will to Live, Wrath had written a pair of extensive tracks which totaled about 37 minutes play length. I'm not sure this was the best of ideas, really, because neither has enough actual content to justify the time spent in its embrace, and in the end this is one of the least interesting albums in Wrath's entire discography. That's not to imply that it's mind numbingly terrible, because 'things do actually happen' within these compositions. Let's just say that through Suicide..., I hope he got this out of his system.

For most of the 20+ minute title track, I waited within the vice of ennui in hopes that something of note would actually transpire, but it takes quite a while. There are subtle shifts in the slow, melodic and sullen riffing patterns, and sprinkles of melody throughout the first 17 minutes, but it carries on at the same, dreary slog, like sitting in the bus station waiting for a ride while a steady rain drizzles down on the nearest pedestrians' umbrellas. For closure, the primary distorted riffing drifts out and we get some melodic feedback and cleaner strings, but then, this is in itself not worth the time you spent getting here. "His Veins Colored the Room" opens with a more curious, tortured segment, ringing guitars set against thudding percussion while Wrath waxes tormented throat exercises, and then a better, melodic course than the first track sets in, which is at least catchy for 2-3 minutes before it too grows tired. Strangely, this is the most 'pretty' you'll ever hear Dodsferd throughout its entire lineage, a clear contrast to the more caustic creations of his past (and future).

Though it's probably the intention, I don't think the album ever becomes so dire and emotionally poignant that the listener would want to kill him/herself, but rather just to stand out and press the 'stop' button. Now, make no mistake about it, this is a solidly produced work, not an amateur roll in the hay like the Dodsferd weak debut Desecrating the Spirit of Life. This is crafted to grasp the listener's heartstrings and then pluck them off one by one, but it makes the critical mistake that many such black metal (or doom metal) recordings often do: long, uninteresting compositions do not = emotional desolation. One does not need to stand around staring at his shoes for 20 minutes in order to feel a reaction to loss and solitude. Suicide... feels like nothing more than a waste of time, with only subtle variations involved and none of these bearing any memorable fruit. I understand this was thinking outside of the box for this Hellenic outfit, and trying on a new set of clothes, but as the man proved with Death Set the Beginning of My Journey, he can rock with venomous, nihilistic youth. I really don't want to hear 'retirement home' Wrath, if you know what I mean.