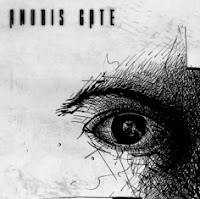 One of the best-kept secrets in the progressive metal underground, Denmark's Anubis Gate have continued to apply and improve themselves over the course of five full-length records, the latest being this eponymous slab of smooth contours and melodic hooks that is both immediately enjoyable and as deep as any well of ideas in this field of modern, non-indulgent, no-showoff sleekness. But by no means should anyone expect The Detached Part II, because the change in vocalists here also accompanies a mild change in overall mood. Jacob Hansen has stepped down for bassist Henrik Fevre, who has nearly as crystalline a style, only more subdued and less prone to ascend into the same, shrieking terrain. The result creates a more 'overcast' atmosphere to the writing, but its incredibly cohesive and disgustingly catchy throughout.

Comparisons to veterans like Dream Theater, Beyond Twilight and Ark are not out of the question, since they've all experimented with similar, subtle strains of contemporary progressive metal that teeter on the brink of the rock field, but Anubis Gate is incredibly consistent, one hour of sadness, elegance and beauty that never curbs the listener's attention. Electronic and highly percussive elements flavor tracks like "World in a Dome" and "Telltale Eyes", but the majority of the material drifts between mechanical, low-end grooves ("Desiderio Omnibus", "Hold Back Tomorrow" and "The Re-Formation Show") and climactic verse/chorus patterns that Fevre continuously drives home with his dreamy, creamy intonations that feel like a sheet of silk being brushed over the listeners' ears. Nothing too experimental, perhaps, but there is plenty of busy rhythm happening in the substrate of the drums, bass and muted guitar backdrop; no shortage of appreciable candy for the repeat audience to dig up time and time again.

Another of the Danes' remarkable traits is their ability to mix and match song lengths without ever growing as dull or overly exerted as the 'jammy' prog metal bands. For example, the closer "Circumstanced" is a beast at 9 minutes long, but its maneuvers are just as smooth and versatile as any of the tracks half its size. "World in a Dome" is 8 minutes, and yet it's got some of the most climactic architecture of the whole album, with gleaming dual melodies in the lead that ably and coherently convey the scattered and desperate emotions of the humanitarian lyrics. On the surface, sure, Anubis Gate might seem like another of these wimpy, clean-spun progressive acts which play it exceedingly safe and close to the belt, but if you're open to the medium, then this album should prove every bit as exemplary as anything else in the top tier of the genre, an eloquent and formidable work of shifting, practiced tectonics that proves their very best yet, new singer or not.