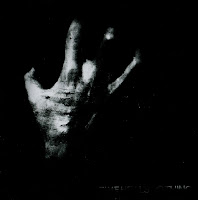 The major snafu with an album like Time Heals Nothing is that there is simply nothing to it. Anyone would be hard pressed to convince me that there was any noticeable effort involved in its creation. But to be fair, I realize that's kind of the point of such a piece. Through the Pain's material is fully intended to sound as barren and lifeless as possible, to create a paradox in which its own vacuum of melancholy sucks the listener into a droning, dull hypnosis. Unfortunately, most artists working in such an aesthetic have the chops and wherewithal to actually draw you into that lucid state, to offer some tantalizing surprise, for good or evil, hidden beneath the stone, some wriggling thing that compels the witness to hoist it from its muddied bank.

Here on this German band's debut, I'm simply not finding any such elusive trait. Essentially, you could take any trio of musicians on Earth with electric guitar, bass, drums and even a primordial notion of composition, have then spend 37 minutes repeating simplistic chord patterns, and produce something with nearly as much merit as Time Heals Nothing. It's that simple. Yet where some bands shine in simplicity (fuck, look at the Ramones), and even overcome these limitations with brilliant ideas, Through the Pain simply plod along at a null pace, about as exciting as watching rust peel from some long abandoned machine. In fact, aside from the fact that Baelvect utilizes the torturous strain of vocals reminiscent of Burzum or Weakling, I wound find it difficult to define this as black metal at all, but more like a droning alternative to the basic indie rock music you'll hear coming out of any handful of teenagers in a garage or basement in suburbia.

Time Heals Nothing consists of four compositions, all of which range from 7-11 minutes, so there would seem plenty of time to absorb the listener into the proceedings, but it fails to do this. Instead of sounding in pain in the opener "Dwell in Agony", Baelvect just sounds like he's fucking around, and he continues to do so in the clean guitar sequence at 6:30, which despite itself is the clear highlight. "No Way Out" is slightly more painful due to the desperation of the chords, but it's just too basic to compel. The later tracks, "Absence of Will" and "Time Heals Nothing" are the stronger of the four, but even these operate on a truly primitive foundation, with nothing below the surface, just steady melodic bass lines affixed to the repetitious chords. At some points deep in the album, you do feel like something is on the edge of happening, but the slight shifts in riffing continue to cry wolf until the album's end.

For all I know, Through the Pain might be a trio of virtuosos who were simply attempting to capture a particular mood when writing this, but I found it ultimately as empty as a stripped down Svarti Loghin, as mind numbingly vacant as the hideously overrated Alcest, sans the melodic course those bands weave toward a greater accessibility. I am not opposed to minimal aesthetics in metal music, and if you'll sift through these pages you'll find a great amount of my praise for black metal bands who explore that path while keeping the listener on edge, but I do draw a line when something becomes as vapid as this, and the raw production doesn't really help here, since there is no real atmosphere with which it can capitulate. Time Heals Nothing is not long enough to become frustrating, or a staggering bore, but its ineffectual nature fosters none of the satisfying, negative emotion so intrinsic to this sub-genre.