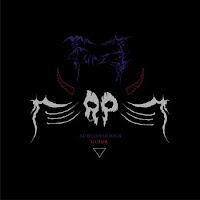 As black metal moves into its third decade of shadowy dominance, there is a question that many of its scattered constituents whisper in anticipatory breaths: what is next? Where can this genre go, that it no longer tramples upon the too trodden mire of the past? We've seen the symphonic and necrotic schools of thought taken out to their natural extremes, where-in the masters have already mastered, and the hope of the host of followers is to merely elevate to the levels of their predecessors. We've almost taken the 'depressive' tag to its own logical end, commercial suicide (i.e. abandoning metal altogether to sound like Slowdive of The Cure), and the textured, progressive alternatives like Enslaved and Deathspell Omega seem to be all that remains to breathe fresh new life into the spent corpse.

This is where an artist like Furze comes in, an oddity in the Norwegian scene that is praised by some, hated by others. Personally, I've enjoyed several of Woe J. Reaper's previous albums in this pantheon, Trident Autocrat (2000) and Necromanzee Cogent (2003), but they've not quite taken off with the same cult following once predicted. As captivating as it is bizarre, Reaper Subconscious Guide, the 4th full-length, might just have a chance to penetrate the barriers of obscurity, but only to those that can pay attention. For you see, Furze has a sound that is best described as 'retrogressive'. It sounds evil, demented, and most importantly, really fucking old, yet there is something tangibly unusual that haunts at the corner of Reaper's blend of warm and fuzzy vocal aesthetics and dire mesh of black and doom elements that draw out clear inspirations as wide as Black Sabbath, Hellhammer, Bathory and random psychedelia decades-wide.

This is a creepy album, creepy like a late night horror flick that was filmed and forgotten well before your birth. There are but five tracks played across 43 minutes, and recorded in an honest, low quality style that should immediately sate the attentions of underground pundits who are loathe to invest in anything moderately professional. Tracks like "Earlier Than the Third Might of the Cosmos" and "Immortal Lecture" crush lightly, as if reserved monstrosities hailing from the 70s, the former exploding into a twisted segue of swiveling bass and disheveled ghostlike vocals, the latter adorning the baleful groove of its riffs with bells and odd vocals. "It Leads" takes a rough, punk rock riff and then graces its with more of Reaper's uncouth, almost drunken vocals, and "The Bonedrum" is simply the most stunning, beautiful and atmospheric composition on the album, not to mention the most disturbing.

I don't know if Furze is the future, or even if it wants to be. But what i do love is its intriguing take on the past, twisting the tropes of abysmal evil into new, mesmerizing darkness. You might have to acclimate towards Woe's schizoid, paranormal vocal stylings, which frankly feel at times as if the man is fooling around, but then, this was thought of all extreme metal vocals in the past, whether that be death, thrash, black or doom metal. What I can't question is this album's effective, slowly haunting strength, and here it's quite amazingly consistent, a ration of poison upon the tongue of possibility, a crypt long locked that is finally exhaling its stagnant death stench onto the unexpecting populace. Reaper Unconscious Guide is perhaps the most effective effort yet from one of Norway's most shadowy necromancers, exhuming and exuding the odors of entropy.