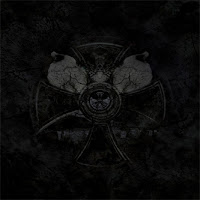 A band called Grim Funeral. A debut album titled A Grim Funeral to the Soul of This World. Somehow, I've gotten the impression that this Spaniard's music is not destined as a remedy for depression, or a cure to any ailment, really, except possibly all human life on Mother Earth. I say this because the sole apparition here, also effectively named 'Grim Funeral', has created an album so efficient in mocking your destruction that undoubtedly, in some parallel universe, reality has already become unraveled to its lament. Entropy given an audio soapbox to sob and slice and sever every vein you hold dear, to quell the light of every warm, living extension of your being: family, friend, pet or acquaintance. To tunnel you down into a dark place that no man should ever share with the world at large.

Calling this 'depressive' might be a little short sighted. Surely, that is the sub-stratum of black metal into which many will place it, and it does not defy categorization. But some take it all too far, and Grim Funeral should better be called 'post-depressive'. Depression has ended. Because all life has ceased to exist here. This more like the post-living Earth, drained of its blood and resources, floating frozen in the void, like an unseemly epilogue to Lord Byron's great poem "Darkness", or the emptiness of space itself, and just as caring. That Grim Funeral, the man, manages to accomplish this horrified, leeching effect through a series of compositions that range from epic length to eternal ("i.e. the 21 minute "Funeral Pact of Eternal Silence") is no mean feat, and if the rip saw guitars and black rasping atrocities therein do not convince you, then clearly you are not ready for the end, or for this form of music.

Burzum and Leviathan and others of their kin are mere starting points as a reference, because this takes it to that next level of attrition, that violation of spirit and conscience that I'm not sure one can ever recover from. I feel as if the vacuous tendrils of space ("Ω") and death ("Sepulchral Existence") have slithered through my epidermal layers and slowly, effortlessly pulled my heart out (title track), which really sucks, because I had a few years left to go with that pulsing mass of aortic flesh. A Grim Funeral the Soul of This World is the sort of offense one might be tried for in some modern witch trial, but there is simply no outlasting its cold, oppressive climate, which would far survive the life span of its evil creator.