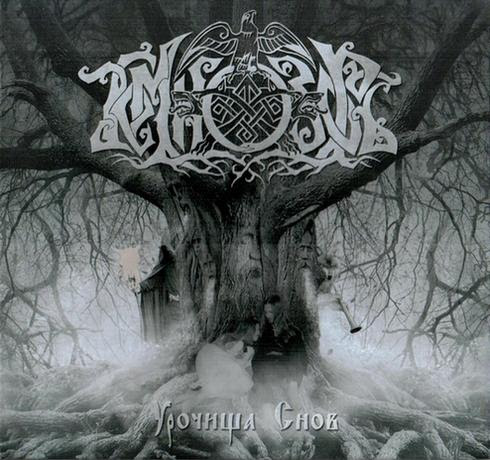 The latest album from Russia's Temnozor arrives hot on the heels of another pagan metal album, Nokturnal Mortum's The Voice of Steel. Perhaps unfairly it is impossible not to think about that triumphant record while listening to this one. A counterpoint to the bombast of The Voice of Steel, Haunted Dreamscapes flirts with speed and rock-influenced riffs, but ultimately settles into a very mellow and subdued mode.

The second and fifth tracks "Ravens of Bus" and "Grace-cup of Morrow" include a lot of flute-driven melody which is very well done. "Solstice-Kolyada" features the strongest riffs on the album with a rock sensibility backed up by the flute melodies. Their work is at its best on these three tracks.

The album takes a turn for the acoustic with the slow, ambient fourth number. The clean vocals are nice and establish a definite folk atmosphere; it's just too minimal to warrant repeat listens. The last two tracks are slow-going although the album closes out with a catchy guitar solo. More of that would have jazzed up the excitement overall.

As it is Haunted Dreamscapes is worth a listen once or twice if you really love the genre, but its not something that is going to set the world on fire.