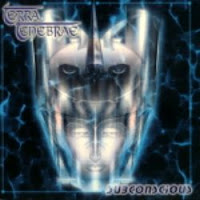 The fact that Terra Tenebrae attempted to immediately flatten the listener on his/her ass with their sole full-length Subconscious actually served to distinguish it from most of the Greek happenings of the 90s. Most of their peers were heavily steeped in keyboards, atmospherics and attempting to build a 'setting' for their songs, while Terra Tenebrae (i.e. 'Land of Darkness') were more concerned with beating on eardrums. That said, this is not entirely a vicious band, and they were capable of a broad dynamic range, merging together the aesthetics of black, thrash and melodic death metal into a sound entirely uncommon in Europe after the wave of At the Gates and Dissection, broke on all shores. There's plenty of accessible fare, including memorable guitar solos, buried within the vortex of hostility.

The members were not exactly newcomers by this point. Vocalist Gothmog had already been the front man on a few Thou Art Lord releases, and bassist Makis (Baron Blood of Necromantia) is also involved with this, and a few others from the Hellenic underground. But Subconscious was going for something admittedly less atmospheric and evil as the prime movers' other bands. I dare say it was more of a 'trendy' recording attempting to bridge the gap to the popular styles of its day, and so it has a sound nearly as Swedish as it is Greek. Tunes like "Count the Time", "The Killing Kind" and "A Dice for Two Souls" play it off straight with rapid, pummeling rhythms, while "Dying in the Mirror's Path" is essentially old school Florida-style death with a hint of thrash, and you can hear riffs in there that are reminiscent of Death and Obituary. The musicians are honestly pretty tight, though the mix is not. Gothmog's gnarled, bloody drawl is interesting, but does get monotonous the way he cants these lines over the music.

You can tell that a lot of work went into the guitars, though, and they soar and sink through a large spectrum of battle charges, acoustic segues, and fell glories. That said, they are not all that catchy unless you're a total die hard for Dissection, The Crown, Sacramentum, and other bands in the melodic Swede family. Very little of the plodding Greek maneuvers that dominate that style of black metal, though you can hear a few parallels to Thou Art Lord. Subconscious is far from an incompetent obscurity, but ultimately it has nothing enduring or unique to offer, so it's no surprise that it went largely unheard. Now, earlier I had mentioned that this was their only full-length. As Terra Tenebrae, this is the case, but the band would eventually change their name to Soulskinner, performing a more traditional death metal style, and release a few more albums in the 21st century, which are more solidly executed than this one.