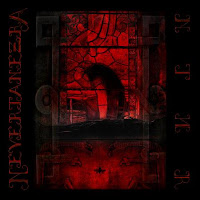 Of all the metal genres, doom is perhaps the toughest nut to crack for an emerging artist. All too many of these withering weeds sprout forth into a garden of gray miasma, mistaking the inebriated slog of compositional ennui for crushing heaviness, and thus fail to wrest even one iota of misery from the listener. More than any other medium of extremity, each note simply counts more, each vocal line must be delivered with increased gravity, and the nuances of rhythm and atmosphere become all the greater. Utah's Nevertanezra seem to understand this concept very well, and thus each of the five cuts on their death/doom debut NTNR is a balance of tangible weight and pummeling sorrows which feels richer than duller, a capitalization upon minimalistic, crushing principles threaded with the grace of open and empty spaces.

Many names rushed to mind when listening through this stolid, 53:32 meditation on disaster and negativity. Not the least among them would be the earlier Peaceville works of Paradise Lost, My Dying Bride and Anathema, only with a rigidity redolent of Boston's Grief. However, they don't follow too closely in the footfalls of any one influence, and thus NTNR has a sense of freshness about it brought forth through its taut guitar tone and charismatic vocals. Former Avernus growler Rick McCoy adds a sneering suffix to many of his lines which exemplifies them from the monotonous backdrop of so many of this hybrid genre's peers, and the guitars seem so carefully wrought to provide variation when they might just have well droned on repeatedly to create the archetypal funeral doom aesthetic. On a debut album with three tracks that exceed the 12 minute mark ("In the Face of Despair" is over 17), this attention to detail is crucial.

To the band's credit, I never once found myself bordering on unconsciousness, from the chugging drawl of "To Suffocate" and its grazing miniature leads, to the charnel old school death rhythms that explode across the canvas of "Separation Anxiety", or the potent driving lead bridge in "The Fading". The band often segues into tranquil passages of lightly threaded guitars and smooth bass lines that create a volatile contrast with the more ominous, lurching architecture inherent in most of the material, but the effect this creates is nothing short of punishing polarity. Add to this a rich and authentic mix which feels as if it could be achieved just as easily in the rehearsal space or live setting than the studio, and you've got a careful concoction of tension and relief that will darken your day without hesitation. It might not be the most memorable of works in its field, lacking some of the incredibly somber and catchy guitar lines of those old Paradise Lost or Anathema records, but its well capable of absorbing the listener into a bevy of bludgeoning regrets, balled fists of leaden inertia blackening the eyes and ears of every witness to its artful ugliness.