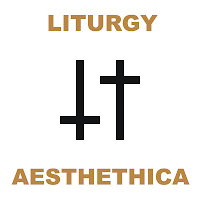 By this point, most concerned parties have likely seen the video of Liturgy's 'Triple H' Hunter Hunt-Hendrix making an arse out of himself through the pretentious hipster ramblings on the nature of his creations; or been incessantly inundated with hyperbole like 'pushing the boundaries of black metal'. Despite this unintentional humor, the shit has gone, like, viral, the latest meme to sate the swollen funny bones of a vast and unforgiving audience of vultures. In an attempt to more objectively critique the New Yorkers' sophomore full-length, to the extent that a piece of music can be 'objectively' experienced; and beneath the assumption that Mr. Hunt-Hendrix was not at all intending to come off as such a vapid twat, I'm going to ignore that interview ever happened.

So, its lack of corpse paint, foreboding and grimness aside, how does the music of Aesthetica hold up under the strain of such hype? How does it wrestle at the boundaries of its inhabited genre? The answer is that it doesn't. Really. There are already dozens of other bands performing the same hybrid of adventurous, atonal Sonic Youth strain and rabid accumulation of crass and melodic, streaming notation inherent in black metal. Sure, these New Yorkers perform their instruments with inarguable energy. Competent if humorless blast beats, jarring bursts of ineffable yet expressive chords, and the rasping tortured drawl of obsequious USBM cults such as Xasthur, Weakling and Leviathan. They best remind me of another New York city act flirting with this mutation: Krallice, and they also suffer from the same drawbacks, most notably the frustrating inconsistency through which they deliver a scintillating, immersible sequence of notes and then throw it to the dogs with the needless inconsistency of lamentable chaos.

Let's take one of the finer moments on Aesthetica: "Returner". This song opens with a wonderful floe of melodic disgrace, baby-black vocals occupying an elevated niche like some urban raptor gazing upon a big city causeway from its skyscraper nest. Then it proceeds to turn into dog shit, first through a dull, Rush-like punctuation and blast bursts adorned in far less interesting note patterns, as if the sheer speed were going to somehow provide enough variation and intensity to carry the listener's attentions. This is, more or less, the problem with every song on this album. Total inconsistency and incoherency of content. "Sun of Light", "Red Crown" and the amusing, slower crawl of "Veins of God" all contain admirable highlights, squandered on structural flaws that would have any civil engineer scratching the lice out of his/her head. What's more, the black metal tracks are interspersed with unusual forays elsewhere: the dour, goofy chanting of "Glass Earth" and "Harmonia", the prototypical synth-prog of "Helix Skull", or the intros to "High Gold" and "True Will".

It's interesting that the band wishes to diversify itself, but the pieces simply do not fit into the same puzzle. Time would have been better spent on fleshing out and improving the metal itself than asserting such eccentric, eclectic drivel, as if that would be somehow enough to elevate this beyond the saturated din of creative missteps that plague the lion's share of these modern and minimalism-driven USBM acts. Otherwise, the production of Aesthetica is dry and shimmering, appropriate enough to the atmosphere created. There are a few moments in which the harpy hiss of the vocals, poesy of the lyrics, and glossy guitar strands entwine into something stunning. But PAINFUL few. The majority of the album is misspent on mundane padding and dull spasms of salacious self-indulgence. I'll admit: Liturgy is not nearly the god awful obstruction we might have been led to believe through the front man's rambling. But the only boundaries being pushed here are those of my bowel walls.