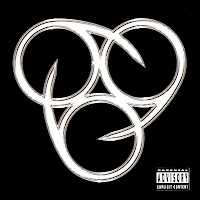 The first five or so minutes of Insinteratehymn promise a few husky thrashing maneuvers smothered in Glen Benton's percussive barking and grunting, but ultimately it winds down into what might be their most mediocre studio offering. It's a punctual, stripped down affair upon which the most bare of concepts are repeatedly hammered in predictable processions of mundane brutality. Once again, I am left with an underwhelmed impression of this so-called legendary death metal band, and once again, I neglect to believe they are worth the hovering hype that has accompanied them since they broke out in the early 90s. Deicide can play their instruments along with the more practiced of their fellow craftsmen, but compelling they aren't.

The initial potential unleashed is through the streaming venom of "Bible Basher", rapid guitar work of a more melodic, modernized feel, until the verse arrives, vocals following directly along the arc of the punching riffs. Yet another of Deicide's myriad blasphemies focused on ye olde deer in the headlights, the Christian minister and follower. By this point, as a new century was dawning upon us, and I'm pretty sure we had all 'got it' already. I take no issue with this band's stance on organized religions, in fact I may damn well share it, but there must be an intriguing way to pursue the stance beyond what seem like the rantings of a bitter teen kicked out of Sunday School. Benton is not the foulest lyricist in the genre by a long shot, but just think how cool a deeper, more ambitious, intellectual excavation might come off in his hands?

Alas, the rambling sacrilege is not even the weak point of this album, but a series of diminishing returns in how the songs are written, like descending a ladder of quality. "Forever Hate You", "Standing in the Flames", and "Remnant of a Hopeless Path" are all ridden with increasingly dull death/thrash grooves; good intentions gone awry when the transitions and tempo shifts fail to produce anything of note. The leads toil and tear through the raucous mass of muted chugging like knifes through gelatin, but they're rarely memorable in of themselves. A number of the tracks are even more mediocre and meandering than these, like the ceaseless groove and chug of "The Gift That Keeps On Giving".

Even when the band experiment with the clinical swerving of "Suffer Again" or "Worst Enemy", the steam is too quickly lost, and the best that could be said of "Apocalyptic Fear" and "Refusal of Penance" is that they conjure up half-decent thrash riffs in their dry environments. Compared to the bluster and brutality of a Legion or even Once Upon the Cross, Insineratehymn seems to lack even the most banal malevolence the band were able to stir up though their lyrics. In a sense, this album almost seems like Deicide-lite, caffeine free carnage. The production feels all too processed and boring, and the simplification of the composition just doesn't work in its favor. Hardly an offensive work to be sacrificed upon the suck-pile, but neither is it worth a repeated glance when so many better alternatives exist, even from the band's own stock.