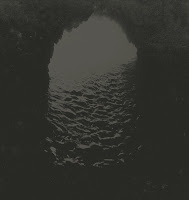 Icelandic Wormlust was previously known as Wolfheart, having released several demos in the past. With the change of name has come a shift in tone, and for this s/t demo the band has produced a single 12 minute track that travels from droning, aggressive black metal to periods of stark majesty across a desolate grey landscape.

"Seven Paths" is quite good and hopefully an omen for what is to come. The guitars are churning vortices of disturbing chords, and whenever the band breaks for some sort of interlude we are treated with introspective guitar work and ringing explorations. The vocals are hoarse and troubling, like someone whispering at you from a sewer while the sounds are amplified. I've been exposed to a great many underground black metal acts touting atmosphere or ambience, but Wormlust sounds quite original. Well worth tracking down this demo.

Just noticed that one of the other blogs in my feed snagged your review for this.