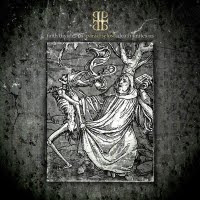 Many have been reluctant to follow Paradise Lost through the various 'phases' of transformation in their music, but the band has produced a long line of excellent recordings, through their early bone-crushing period (Lost Paradise, Gothic) to the transitive melodic doom of Icon and Draconian Times, and finally to the more accessible gothic radio rock of Symbol of Life. Having reached the end of such a gradual metamorphosis, Paradise Lost have decided with their past few albums to combine all of these stages into one concrete statement of intent, truthful to the band's origins but not forsaken to their flair for melody.

Faith Divides Us - Death Unites Us is the band's 12th full-length album, and an alternating monster of lumbering grooves and solemn streams of melodic sadness. Although few of the tracks here have the lasting power of dozens of past compositions, this is a solid and enjoyable listen through its entirety. Some of the more powerful moments include the flowing "First Light", the choppy "Living With Scars" (which has some of the band's most complex riffing ever...not saying much I suppose), and the somber "In Truth". That said, there really isn't a track here I couldn't sit through more than once.

Tears for a hopeless case
Outside is still, so vague
Frayed the landscapes of old
Cleared the indelible

I'm not saying this is the band's next Icon, but if you can picture that album with a groovier bottom end, more dynamic metal riffing and brief spurts of the more radio friendly fare on Symbol of Life or Believe in Nothing, then you have arrived. If you've followed the band and not been offended by their evolutions (forward and reverse), this has it all.