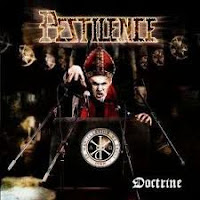 Resurrection Macabre was easily one of the more divisive of the death metal 'comeback' albums in the past decade, with one half of the listener base decrying it as a cash-in or mindless afterthought, or harboring ill will towards various questionable statements made by Patrick Mameli during the band's long hiatus; the other praising its mesh of ingredients from the band's first three, legendary full-lengths. I happened to fall deep in the latter category, and immune to the exaggerated hyperbole of the former. I found the album immensely enjoyable and am still spinning it in a regular rotation today, despite a few minor flaws (semblance to a few Testimony of the Ancients tracks, excess if intentional repetition of the track titles in the lyrics).

Besides, if you gauge the reality that Resurrection Macabre and its ensuing tour earned barely enough to cover the bands production fees and travel expenses, the implication that it was some sort of cheap cash-in is entirely laughable. As for Mameli's unfortunate statements...if I based my metal listening choices on the irrational and emotional outbursts and tongue slips of musicians involved, my play list would be carved down to like a half dozen bands. Was the comeback as remarkable as the band's Martin van Drunen-fronted fare? Not on your life. But as a strangely mechanical contortion of the band's hypnotic rhythmic sensibility, high production values and great riffs and vocals, it was about all I could have hoped for as a long time fan of all their prior full-lengths (yes, even Spheres).

Two years later, and we've got Doctrine, the sixth Pestilence effort, and one which follows rather closely in the footsteps of its direct predecessor. In fact, this is the least evolutionary or retro-evolutionary step in the band's career. Like Resurrection Macabre, the focus is on primal, punctual palm mute patterns ("Sinister", "Salvation") interspersed with eerie octave chords ("Amgod", "Malignant"), sparsely erupting into more frenetic tech thrashing fare ("Doctrine", "Confusion"). A number of curious aesthetic choices were made here like the simple, almost unanimously one-word titles redolent of their interludes on Testimony or the furthered inclination towards the repetition of the choruses, which admittedly grows annoying in the closing moment of "Sinister". Patrick Mameli has actually claimed a wider emotional range than the past three albums, the growls scaling and descending intense heights, even displaying an unexpected ability to scream at higher elevation, and the technical performances, especially of the rhythm section (Jeroen Paul Thesseling and Yuma Van Eekelen) are incredibly tight.

The band does actually reach back into their jazzy guitar synthesis here. Not to the extent of Spheres, but there's no doubt that the bridge of "Salvation" is intended as more than a wink and a nod to prior Pestilence experimentation. This is not unwelcome, as it adds a bit more depth than the largely muted rhythms of the verses are able to manifest alone. Unfortunately, if I were to compare this to any of their older works (even Resurrection Macabre), the songs just don't add up. They're interesting, and grow even more effective through a few listens to the album, but I constantly felt myself awaiting hooks that seemed to hover over the precipice of possibility and then never manifest into the actual songs. Whereas songs like "Horror Detox", "Devouring Frenzy" and "Hate Suicide" were both immediately catchy and enduring, there are too few here that stride the same path of quality. Thus, the better tracks throughout Doctrine are those that exhibit the most dynamic range, escaping the subdued monotony and primacy of the bludgeon grooves that comprise most of the experience.

There is still much going for Pestilence, and I for one am glad they are still 'going', but I can't sugarcoat the recognition that this is their least impressive effort to date. Fans of modern death or thrash metal with jazz and progressive influences, still moored in brutal breakdowns, with slick production values and talented musicians capable of restraint, will certainly want to check this out. Think a mix of Testimony of the Ancients, Destroy Erase Improve era Meshuggah or Fredrik Thordendal's Special Defects, and you're in the right ballpark. But in lieu of this Dutch staple's mighty legacy, I expected a lot more, especially after the the 2009 comeback already served as their midlife crisis management, finely fusing their past ingredients into a fun pummeling. Doctrine seems more of a sidereal glance than a stride in any direction, but its not without a few exceptional hints of headbanging mirth.