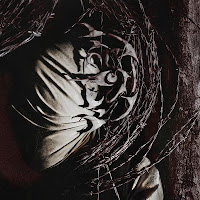 Detonation have long been an unsung contender in the melodic death metal field, and in my opinion perhaps the strongest Dutch entry in said category. I had hoped that their deal with Osmose might have elevated their status and granted them the attention to compete with the emergent Swedish acts like Soilwork or The Haunted, but despite strong offerings like An Epic Defiance and Portals to Uphobia, the cards were never quite stacked in their favor. They've been quiet for a few years due to lineup shifts and perhaps a bit of an understandable burnout. Reprisal joins original members Koen Romeijen (vocals, guitar) and Mike Ferguson (guitar) with a new rhythm section in Harry van Breda (bass) and Allard van der Kuip (drums) together the band sets to re-establish their presence against the changing landscape of the genre.

Some will undoubtedly be pleased with the strategy here. Detonation have always had an aggressive streak to them, but with Reprisal we hear the band at their most taut and violent. Much of the superfluous melodic styling of their backlog has been cut out of the compositional process, recompensed with a more death/thrash overtone redolent of the band's formative years. Thus the comparisons once drawn between them and say, Dark Tranquillity are likely to dissolve. Reprisal has far more in common with those modern tech death artists who are not above a hint of melody, say the Germans Stigmatized or maybe Arsis. Often, the Dutch veterans will merge their newfound velocity and the soaring grace of their past efforts, which results in a song such as "Absentia Mentis", coincidentally my favorite on the album, yet a lot of the tracks are more brutal and dynamic ("Enslavement"), with some intense drumming, crisp guitar tone and busy grooves ("No Turning Back").

As a fan of their older albums, I was at first slightly underwhelmed by the music here. I did not find it nearly so catchy as Portal to Uphobia. However, upon a few subsequent spins the album, the care and effort placed into its construction is obvious. There are a few pieces like "Falling Prey" and "Ruptured" which seem competent but forgettable, while the rest have a few solid guitar frames that mesh well into Romeijen's snarling, hostile vocals. The musical execution here is undeniable, and it might have an appeal for death metal fans who found their previous output too graceful or accessible. That said, there's not a hell of a lot interesting or innovative about it, just a well manicured reminder that some life remains in Detonation's once dried out well of productivity.