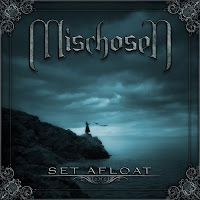 Mischosen is the work of the Croatian Svarog, who released a demo a few years ago called Magic, Miracles and Rhymes. Though that demo was good, it was highly derivative of Summoning's bleak, glorious form. The debut full-length Set Afloat continues in this direction, but boasts an excellent production and a number of expansive elements that mark it as distinct. From the swelling orchestration of synthesizer and strings, tasteful female guest vocals, and the varied death and harsher clean male vocals, Set Afloat is a pretty moving affair

Yes, the album does come with its fair share of cheese, much like any symphonic, epic work of a single individual is won to impart. Often it feels the synths too soaring, yet the effect remains magical. "When I Shall Cease to Be" is a beautiful track, its pianos and vocals flowing into a communion of bitter remorse and majestic landscapes. "Whip of the World" delivers through its fuzzed up, symphonic intro and glorious march unto a graying sky. "Blood Ink" embraces the Summoning influence, but nonetheless shines as bright as any other star on the album. Set Afloat is an impressive full-length debut which surpasses the potential of the previous demo, and honors its influence by teaching it a few new tricks.

Highlights: Beyond This Gates, When I Shall Cease to Be, Whip of the World