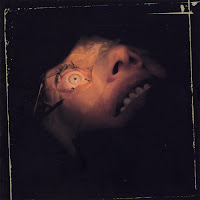 Much as its predecessors Gore Metal and Slaughtercult took a heavy Carcass influence and modernized it into an arguably more brutal disposition, Anatomy is Destiny also follows those English lords, but this into the more melodic territory of Heartwork, with a fine balance of chugging, brutal rhythms and melodic metal solos. This isn't to say the album is a complete ripoff, because by this point Exhumed have taken on a life (death) of their own, with a chunky guitar tone and slightly different approach to some of the riffing. It's a heavier and faster album than any of the later Carcass discography. Yet the tongue in cheek humor of their 'mentors' remains intact.

Anatomy is Destiny is not as brutal as Slaughtercult, and in my opinion not as good, but there are still plenty of quality tracks to sink your bonesaw into and let loose. "Waxwork" is a complex piece with a number of large, shifting grooves and grinding blast beats. "The Matter of Splatter" is a ruthless, aggressive thrasher in which all bets are off. The lyrics retain their wild rhyming absurdity (with the band would later transfer over to the Ghoul project).

A morbid matter on which to meditate or mutilate
A deathly detail to deliberate and desiccate
A sombre study in which sagacity is tantamount to insanity
An insalubrious interest in the inhumed and the unsanitary...

But the better gems on the album only begin with the winding melodies of "Under the Knife", and the hyperkinetic riffing of "Consuming Impulse", which has some great vocals. "Grotesqueries" is tense and confusing, neckbreaking goregrind. Other incredible tracks here include the brutal and mesmerizing "Death Walks Behind You" and the grinding gait of "Arclight".

Anatomy is Destiny has a boxy crunch to its rhythmic tones, yet the guitars still slash like surgical knives through the mix. The solos are wild and always provided above some meaty, driving selection of chords. The vocals are what you expect, a mix of snarls and guttural grunts that ape the band's biggest influence. Exhumed have never failed to impress with any of their full-length releases, and while I would place Slaughtercult at the apex of their output, this is a fine addition to their discography.

Highlights: Under the Knife, Consuming Impulse, Arclight, Death Walks Behind You

Verdict: Win [8.5/10] (each atrocity exacerbating upon a carnal continuum )