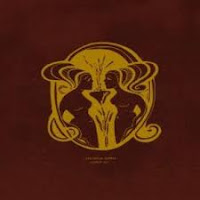 Nucleus Torn is a Swiss project only loosely connected within the metal sphere, having had some crossover appeal in the past. Their relationship with Prophecy Productions out of German ensures that they still see a bit of runoff attention to and from that scene, and deservedly so, because their ability to hybridize dusky, folksy acoustic rock with hints of progressive and the occasional, jarring fit of heaviness is certainly congruent to the introspection found in a lot of the rustic folk and avant-garde metal stretching back to the names of Ulver, This Mortal Coil, In the Woods and so forth. What germinates here on their fourth full-length, Golden Age might well be described as a mix of the later art rock of The Gathering and Northwestern US crooners The Decemberists, but it can trace its lineage all the way back to those tranquil, psychedelic sounds of the 60s and 70s.

Be warned that Golden Age is an album of intense calm, which puts it in dire straits with the rest of the content you'd expect yours truly to cover in these pages. As usual for Nucleus Torn, the compositions are crafted by Fredy Schnyder, who in addition to writing the lyrics, music, mixing and production duties also performs a wide variety of instruments including but not limited to the guitars, bagpipes, dulcimer and mandolin; and then carried out by a core group of musicians and guests that serve as natural extensions to his vision. The male and female voices here drift seamlessly from sultry coffeehouse tones ("Hunger") to sweltering sing-a-longs reminiscent of Anneke's performance on an album like How to Measure a Planet? ("Against"). Lots of simple, efficient drum grooves, flutes and all manner of strings frolic in cohesion to the emotional sway of the central lyrical melodies, but the band can just as easily swerve into blistering, wah wah guitar psychedelia (the bridge of "Against") or even a rumbling ambient breakdown ("Ash").

In a few spots, like the 12 minute closer "Death Triumphant", the proggy metallic guitars erupt in full force to take on a prevalent role, but these are the exception on Golden Age, and that one particular song is perhaps the only consistent example. Still, the fact that the band is so seamless in its exploration speaks volumes of their ability to work as a unit. Sure, Schnyder handles the heaviest load of responsibility, but I can just picture in my mind's eye what it would like to be chilling out with an espresso in some cafe somewhere in the alps when this band decides to erupt into some lilting, aggressive passage and I have to say the contrast is appealing. Granted, a few of the songs here are rather bloated at the 12 minute mark, but unlike the Swedish icons Opeth, they never seem to be just killing time or bouncing you back between poles.

There seems to be a natural procession to how the tracks develop, each reaching a climax somewhere before drifting back outwards to a creative oblivion. In particular though, I think it must be the acoustic guitars and vocal performances of Anna Murphy (Eluveitie) and Christian Kolf (Woburn House, Island) that really shine. Ponderous, melodic and yet fully capable of raising the roof off, these two feel like ghostly acquaintances gently fording a stream of life, exchanging bedtime lullabies and revelations to one another while the waters carry them through cycles of loss and rebirth. It's not perfect, and there are moments of lull where the music is not incredibly catchy, but it's highly effective at what it sets out to be. Alas, if you're not into material with predominantly clean guitars and vocals that would be more suited to a John Denver album than Blackwater Park, this might not be your thing.