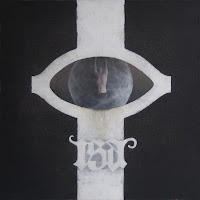 If one cannot discern a spacious, evolutionary gulf between Below the Lights and its successor Isa, that's because there really isn't one, or rather that it's one of membership and studio finish, and not the actual breadth of composition itself. Released the following year, Isa maintains an audibly brighter perspective than the gloomy beauty of its next eldest sibling, a tangible sensation of gliding through some cloudy avian space rather than coarse earthen darkness. Dirge Rep had departed from the band, his kit filled by Cato Bekkevold who might best known from the industrial blackhearts Red Harvest, also of Norway. In addition, the band snatched a dedicated keyboard player in Herbrand Larsen, and this is the lineup which has survived up until the present day, and the one that has released what I'd argue to be the strongest material of their career.

Isa is NOT the strongest, mind you, but it's a pretty irresistible aesthetic stride into a sunnier space than its predecessor. Once more, the band is making great use of thick, streaming textures in their guitars, but this time out the warmth is magnified. For some, this will undoubtedly seem a turn-off just like any non-predatory elements in metal, but the band has not at all abandoned their parent genre, even if they are clearly moving into a more accessible terrain here. There is also a liberal use of guest musicians on this album, some playing rather important roles. For instance, Are Mundal performs the synthesizer intros and outros, both haunting ambient pieces that prove compelling book-ends to the Enslaved material. Abbath (Immortal), Nocturno Culto (Darkthrone) and numerous others contribute guest vocals, so if you were listening through and wondering where Grutle came up with these new 'tricks', well...he didn't. But none of these 'features' in any way provides an obstacle to the consistently attractive music.

Favorites for me include "Isa" itself, which canters along with a swaggering black & roll groove that would not sound out of place on one of the more modern Satyricon albums, then explodes into this textured, warm chorus which is almost impossible to forget. Similarly, the dense and melodic breaks woven through "Violet Dawning" cling to the memory like tarred angel feathers. "Neogenesis" stands out for the crisp, speed/thrash threads that somewhat reminded me of the later 80s material from Canadians Voivod, and though it's about 12 minutes long, with a bit of obvious excess fat, there is for the most part a good reason to stick with it, especially to hear all the little Floyd-like blues leads. I also found myself enamored of "Return to Yggradsil", with its writhing, warlike roots, and instrumental "Secrets of the Flesh", which is deceptively simplistic and savage, but succeeds due to the harsher ambient sounds affixed to the pummeling chord patterns.

Not all the songs are equally amazing, and I occasionally felt a sluggish reaction to pieces like "Lunar Force" and "Bounded by Allegiance", but even these are still superior to most of what I was hearing on a week to week basis in new music, and the entire 51 minute experience here proves admittedly consistent, if not so utterly absorbing as Below the Lights. I really like that they've brought Larsen on, as his pads seem quite tasteful in extracting a lot of those 70s and 80s prog aesthetics that Enslaved strive for. Conversely, I felt like some of the dual clean folk vocals bordered on cheesiness. Where in the past, they've always been used sparsely and to a great, brooding effect, there are some points on Isa where they grow a little too 'campfire', if you know what I mean. In all, though, these are small complaints in the grand scheme of the album, and even though some might balk at the 'happiness' here, Isa is nonetheless another winner for this tireless wonder of a band. Maybe not the Grand Prize, but close.