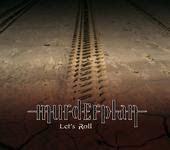 This is his latest project, a frenzy of exciting death metal with snarling blackish vocals, never at all afraid to just rock the hell out. The old school death metal influence in some of the riffs is also quite fun. And while it's not going to set any records for speed or quality, the excitement on this debut is rampant and infectious. Also, the album opens with the bizarrely named "Rainbow Snowflakes", a stage setter if there ever was one. The following track "The Great Delusion" has some excellent classic metal lead work over its classic melodic, Swedish riffing. The charging "New Babylon" with its shred and groove makes a nice capoff to the one-two-three knockout punch, but it doesn't end there. "Not the Only One" thrashes with abandon. The other five tracks aren't shabby either.

This is a pretty dynamic album, it should appeal to fans of a myriad of Swedish death, from Centinex to Dimension Zero. It's a thrilling, good time, and hopefully a project that will continue on!

You had me at Rainbow Snowflakes