In 1995, Chunsoft released a roguelike for the Super Famicom by the name of Fushigi no Dungeon 2: Fūrai no Shiren. This was the second game in the Mystery Dungeon series, which started off as a spinoff of the Dragon Quest series commissioned by Enix starring Torneko, the chubby shop keeper of Dragon Quest IV. Shiren was the first original entry in a series that would eventually come to contain such titles as Pokemon Mystery Dungeon. Of course, none of the old games ever made their way out of the land of visual kei and giant robots, so few people got the chance to play them.

Shiren the Wanderer has an immediate charm that comes from the simple SNES sprites and their rendering of a feudal Japanese setting. The base quest is to reach the Golden Condor on Tabletop Mountain, and...well, that's it. However, the cities and people along the way develop as you keep playing, eventually opening up new stores or dungeons if you perform the right actions and side-quests. Although the main "story" is quite simple, it's really only a small chunk of the game.


Like all roguelikes, Shiren the Wanderer's gameplay is based around randomly-generated dungeon levels filled with enemies and unknown items. Combat is turn-based, working on a grid system, and involves melee weapons, bows, magic staves, and items. The only stats are experience, gained from enemies; hunger, which will drain life if at zero and is combated by eating riceballs or herbs; strength; and health, of course. If you die in the course of an adventure, you lose all accumulated stats and all items that were being carried in your inventory. Shiren is firmly in the old roguelike school, and that's really the only thing that would keep anyone away from it. I know it sounds painful to have to start all over again, especially in the MMO age where we grind for hundreds of hours just accumulate new weapons, but if you haven't played a roguelike (and I hadn't before this), it's actually much more refreshing than it sounds. Essentially, this is an arcade rpg - you see how far you can get, learn a bit along the way, and do it all over again when you fail. 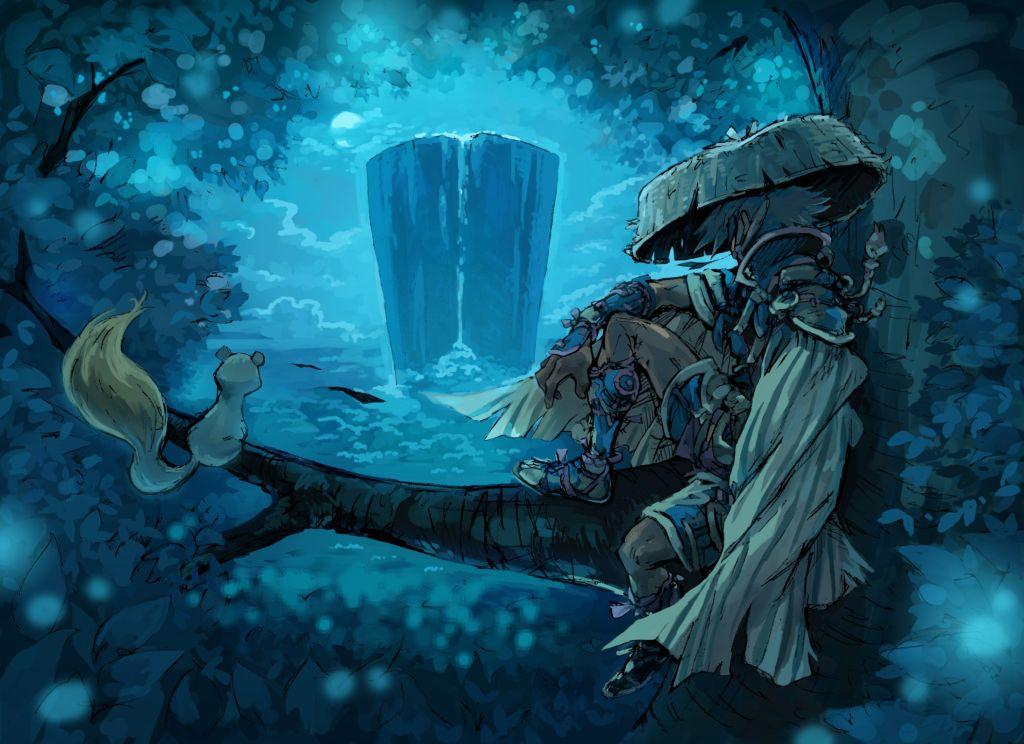 Now, you don't necessarily lose everything. You have three storehouses along the way that you can stash items in. These items will always be there when you die and restart. Thus, this drives a slow accumulation of fantastic items, from rare bracelets that protect your stats to weapons and armor that you've upgraded on each adventure. Right now I've got a mastersword+60 with extra damage to certain monsters, the ability to hit three different ways and dig through walls without breaking, and immunity against rusting in my shack. If I whipped it out, I'd be a walking massacre. Thing is, this game is hard. Fucking hard. Just like any arcade game, you only really get good after playing it repeatedly, over and over, to understand the enemies, the placements, the scenarios, the possibilities. But there's always a chance that things can get too far out of control. You just have to take it in stride when a Gazer confuses you, makes you eat or throw away all of your items, and gets you surrounded my monsters that maul you to death.

So what's new for the DS version? Plenty. First off, the graphics have been touched up a little bit. Not enough to move it away from the SNES feel, but sharpened and cleaned up. The top screen can feature a few different things, such as the overall world map or the actually useful list of stats and points. Additionally, new dungeons are available. At the starting city, there is a practice puzzle dungeon that is useful for understanding how to manipulate the game and its situations. The most important added feature, one that really takes advantage of the hardware, is the rescue system. For every adventure you take (ending with your accepted permadeath), you have three chances to be rescued by other players. This can either be done wirelessly with friend/random requests or a short code, or it can be done off-line with a huge code that is given to friends. The latter is a pain, but it's a really nice addition for those that don't have wireless internet. This is great in case you fall to unexpected horrors carrying your best gear, but it's also fantastic because it gives other players additional "missions" to extend the game experience. If you've somehow managed to beat all the game dungeons (which I'll probably never do), you can dip back into the game as the all-knowing benefactor to save lost wanderers.


This is what got me back into gaming after the past two years of growing more jaded and bored of what was being released. I mostly spend my time now making unplanned runs to see how far I can get, but I've been playing since the Spring and I still love it. If you loved the SNES, if you love your rpg's old-school, deep, and brutal, or if you just want something new, get this.

PA thread for the game
Posted by is this your life? at 1:14 AM