Kathaaria - The Complex Void of Negativity (2008) 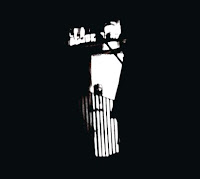 It was apparent from the minimal album cover and the classy song titles that the Germans had prepped some refined and interesting black metal art for their debut, and the meat of the album itself, the music, does not in the slightest disappoint.

The opening chords of "Archives of Doubt" paint a dark tonal pattern, and when the drums enter the riffs evolve into an adventurous, layered experience akin to what might expect of an Opeth track. Wandering, dark, delightful. After a few minutes the blast beats kick in, and the style transforms into a more technical black metal brutality one might expect of Dark Funeral or 1349. And it all gets better from there. "Voice of a Dead Boy" haunts with its creepy, textural black/death riffing, especially the light lead touches over the vocal verse. "To Dare Not Speak Its Name" begins with one of the best black metal riffs I've heard this year. "As Fear Changes Sides" begins with a pretty, melodic interview before erupting back into this band's penchant for extremely well crafted chaos.

If you couldn't guess by this point, there is no weakness to the album. Asakku's vocals straddle the line between death and black metal, and provide the perfect counterbalance to the more adventurous, wandering compositions below. The production is fucking perfect, all instruments distinct, the bass highlighting these amazing guitar riffs perfectly, just enough low end atmosphere. The musicianship is top notch, but what's even better is the obvious attention to detail that was spent planning the songs.

You will not likely hear a better debut album this year in the black metal field. You owe it to yourself to track this down at any cost.