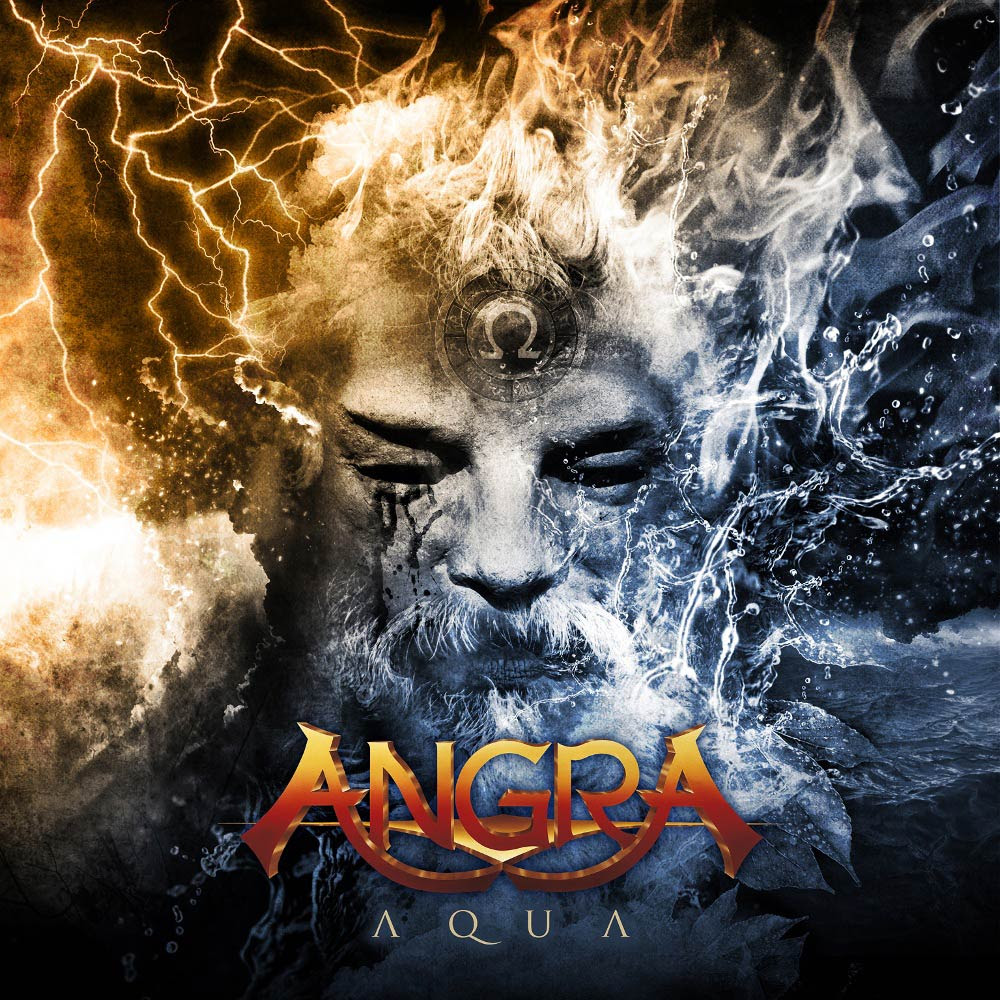 Aqua, the seventh full length album from Angra is the second water-centered power metal album this year following Wuthering Height's Salt. Lyrically, Salt focused on Coleridge's conception of the ocean, while Aqua derives its inspiration from Shakespeare's The Tempest. In between references to moments from that play, Angra philosophizes on the power of water. Unlike Temple of Shadows the storyline in Aqua is relatively obtuse and ultimately meaningless if you aren't familiar with the play.

Aqua opens with "Arising Thunder," surely meant to call back to "Spread Your Fire" with its shredding riffs and extended showy solos; however, the whole song seems to be lacking. Nothing sets it apart from a dozen other album openers; it's the least imaginative track on the album.

Fortunately they kick things up a notch with "Awake from Darkness." There are plenty of hooks here from the drum work of the returning Ricardo Confessori, to the kind of weighty and soaring choruses you'd expect from Falaschi. This song also marks the first hints of influence from The Tempest:

A broken dignity,
an upsurge soon to be.
Within these books I find my hope
and liberty.

If it has been years since Senior English, "Awake from Darkness" introduces Prospero, the usurped Duke of Milan / magician, who uses his book-learnin' to try and take back his dukedom.

"Lease on Life" is your standard "Wishing Well" type ballad. Its pleasant and a nice break from the metal, but again, like "Arising Thunder," it is simply not as good as its Temple of Shadows counterpart. Fortunately the album reaches a high point with the next song "The Rage of the Waters." It's standard Angra in a good way: convincing riffs and flashy solos in the appropriate places.

Most people probably remember Caliban from The Tempest (or X-men I guess), the indigenous beast man of the island, forced into slavery by Prospero. "A Monster in her Eyes" covers this territory.

Long before you came, you have found me here
and never begged for your help.
This whole land will be mine once again,
and all my sacrifice will be worth to price,
and never again I'll be a monster in your eyes.

I like everything about this song except the chorus. There is some nice acoustic work and backing piano in the solo that works very well. However, I found Falaschi to have missed the mark on the vocals here, and the "I'll be a monster in your eyes" line became extremely grating on repeated listens.

Fortunately, the albums ends strongly with "Weakness of a Man," easily the high point of the album for me. It opens similarly to "The Shadow Hunter," not with a flamenco style, but simply attention grabbing acoustic work. Angra play a lot of solos, so much that it doesn't seem worth mentioning when they do, but they do get quite creative with them on this song which really improves it.

I found my interest in the album waning after repeated listens. The concept is nice and as far as I know untouched in metal music, yet I couldn't help comparing the whole thing to Temple of Shadows. This is one of those situations where if this was any band but one of my favorite bands I'd give it a much higher rating. Yet this is Angra, and while Aqua has a lot of the elements of their previous albums, it lacks the originality, completeness and showmanship that made them great.