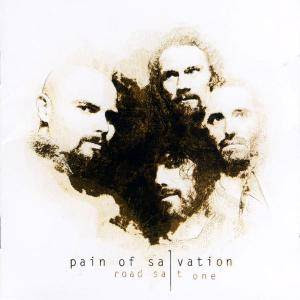 Road Salt One is the follow up to Pain of Salvation's sketchy 2007 Scarsick. Their stated intention with that previous album was to become more "band oriented," presumably focusing on the riffs and rhythms, shorter songs, and less orchestration. Road Salt One achieves that goal much better while referencing their past albums and containing quite a few surprises.

The first track "No Way" is likely the weakest, opening with a jarring vocal, and easily skippable on repeat listens. However, the promise of their new direction comes through with "She Likes to Hide." Part of the idea for Road Salt One was to sound like a 70s rock band, and that is very well done here. A muddy and bending guitar riff compliments drums that aren't in a hurry to get anywhere. Gildenlow's vocals drag the song along and it's slow, but pleasant.

There are two types of songs on the album, the 70s rock stuff and tracks that harken back to their previous albums. "Sisters" is the latter, and would fit right into The Perfect Element. A somber piano works through a melody while Gildenlow laments his drunken desire to sex up his lover's sister. It's ultra maudlin, but hey- that's what people liked about Pain of Salvation in the first place.

"Of Dust" sounds right out of BE with its church organ background. Then "Tell Me You Don't Know" sends the album right back into rock mode with an acoustic, yet heavy riff that strums along underneath a dirty vocal. It's easily the best rocker on the album.

"Sleeping Under the Stars" is a surprise. A waltzing piano backs a high pitched vocal that is at first grating, but ultimately fitting. There's a way Gildenlow snarls the word "scars" that is practiced, but emotive that fits the mood perfectly. This is a song that took multiple listens to get into, but is full of melodic surprises.

"Darkness of Mine" and "Linoleum," a song pulled from last year's EP, are the closest they get to heavy metal on this record.

"Curiosity," a meditation on sexuality, is a highlight of the album. It's fast and raw, trading heavy riffs with a fast and simple drum beat that gives way to a soaring chorus.

"Road Salt" follows a lullaby-like sound with an engaging vocal melody, but it is very slow. This leads into the final track "Innocence," which combines many elements from the album. The rocking riffs are present, as is the somber mood of some of the tracks that call back to their past albums.

Outside of a few tracks, Road Salt One is a very slow album. There isn't anything with the speed and urgency that you might find on Remedy Lane. A few heavy riffs pepper the album, but ultimately it's a rock effort. The vocal melodies and backing keyboards are the hooks. This is a definite listen for Pain of Salvation fans, or someone looking for a slow, but engaging, and often surprising rock album.