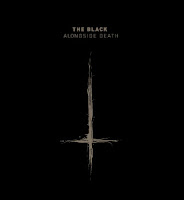 It's been 14 years since the release of their kvlt classic debut The Priest of Satan. They may have changed a few members, yet this Swedish band has lost none of its vile, grimy edge. If anything, time has weathered the band and slightly improved the songwriting.

The blasphemy is anointed upon "On the Descent to Hell", a savage, blasting affair which entrances with its evil speed riffing and intense drums. "Death's Crown" is another speed limit breaker, manifesting a tense wall of melodic and oppressive black glory. The band slows it down for "A Contract With Ashes", one of the best pure black metal tracks I've heard lately. It's slow and wicked pace will certainly please fans of Darkthrone, Satyricon, and the like. The riffs are simple but excellent. "Dead Seed" is another great, slower track, albeit a little more melodic. The same could be said for "Fleshless", though it's beefed up with some driving mid-paced riffs. "Death Throes" maintains this mid pace, a good track reminding me in spots of Bathory and Hellhammer. The album takes a brief respite with "The Wrath from Beneath", a dark ambient track, before closing with the fast and searing title track.

The tone of the album has an overall hiss to it which serves to capitalize on the dark ideas being conjured, but it's got a far stronger production than their earlier record. What we have here is pure Swedish black metal, there are no frills, and no exceptions save the one ambient track. The songs correctly capture the primal inevitability of death, a concurrent theme (you probably noticed from the song titles). This is a far more grim and suicidal album than many black metal albums these days who consider themselves 'depressive' or suicidal. I enjoyed it a great deal...and by that I mean I got NO enjoyment out of this whatsoever!

Fleshless and Alongside Death are my standout tracks on this album. Definitely more of a fan of the mid-paced stuff. Awesome album.

I'm liking what I hear on their MySpace.