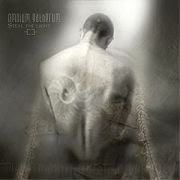 The turn of the 21st century saw the neighboring country of Finland steal away the Swedish thunder with regards to melodic death metal. Where bands like At the Gates, In Flames, Soilwork and Dark Tranquillity had ruled the budding genre in the 90s, and some were still putting out some great albums (Damage Done, Natural Born Chaos, etc) the emphasis was clearly shifting beyond those borders, with a lot of shitty American bands like The Black Dahlia Murder stealing and paraphrasing At the Gates songs; taking up the flag for all the born yesterdays who suddenly found this genre had everything they desired: breakdowns, keyboards and classic metal melodies played at a speed and intensity that could match their ever increasing supply of estrogen. Or testosterone! Ladies first.

Finland chose to head in a more keyboard-centric direction with the style, aping Dark Tranquillity to a point but then blowing past them in terms of musical skill, all riding on the backs of Children of Bodom to see their time in the spotlight. But despite their visibility, Bodom were not necessarily the best of the bunch: we saw the emergence of Kalmah, Imperanon, Norther, and Mors Principium Est. There was also another, a little known band Omnium Gatherum, who arrived amidst a stir of whispers after four demos through the later 90s. Here was a young band with all the fuel and fire necessary to make urgent splashes in a world starved for more of this blooming sound. Proficient musicians who let the keyboard do the talking while the guitars do the walking, mature and introspective lyrics, and no real limit to the applications of their potential.

Sadly, the band's official string of releases would not initiate through a full firing of the engine, but a sputtering valve known as the Steal the Light EP, which is essentially just a re-recording of their 4th (and previous) demo Wastrel, primed and polished for the big time. Thought it features many of the characteristics that make the debut full-length Spirits and August Light a success, the band feels a little bland here, with enough solid guitar work to signify their prowess as musicians, but rather hacked sounding vocals and the lack of many noteworthy riffs beyond the injections of lead work. Certainly in a scene that was spurting its reproductive fluids at each hint of a decent keyboard player alongside their guitar melodies, Omnium Gatherum was a cause for arousal, even here. But in the long run, Steal the Light is simply another of those 'pleasant' but forgettable discs that sit on your shelf because you own the superior follow-ups.

To begin with, Anti Filppu was just not that strong of a barker here. He sounds like a wolf cub trying to run alongside a far more virile pack of adults, knowing full well he will be the last to pick from the open carcasses entrails on this cold winter night. "Wastrel" proceeds through a decent slew of arching guitar melodies that highlight the band's potential, but Filppu feels like more of an afterthought, lacking almost any range whatsoever. This is one of the better songs, though, which is why it made it onto the full-length the following year. As did "Son's Thoughts", in which the jingling clean guitars feel highly reminiscent of Amorphis' album Tuonela. Once more, you have a pleasant tune that is simply too forgettable to get your fur flying. "Candles for Giordano Bruno" might have a thoughtful title and surge of desperation in its fastest guitar/synth drive, and Filppu picks it up ever so slightly, but the remainder of the track is fairly forgettable, Dark Tranquillity styled melodic plucking. "Ammo" is possibly the best individual track on the EP, so it's a shame it couldn't have placed on Spirits and August Light in place of "Son's Thoughts", but it uses much the same formula as "Wastrel": guitars that are inspirational for about 10-15 minutes of your life, nice keyboard atmosphere and dull vocals. Aside from the driving double bass, "Lost and Found" felt like a weak 21st century In Flames outtake.

It seems that Omnium Gatherum have always been a band I played 'even, odds' with. I'll feel underwhelmed by one of their recordings, and then impressed by the next. But the pattern started here on the downside, with an EP that is ultimately not worth the time unless you had the version packed in with Spirits and August Light. The potential is obvious. Men gathered here, they wrote songs, and then they recorded them with as much energy as they could muster. But it's not quite as explosive as a Follow the Reaper or ...They Will Return, so it would take Omnium Gatherum a little more time to gestate before their praises would be sung.