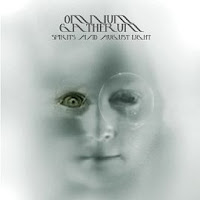 When life hands you lemons, you make lemonade. When life hands you the Steal the Light EP, you salvage a few of the tracks from that, go back in the studio armed with other, better songs, and come out with a debut album like Spirits and August Light that is a swift kick start in the pants, rendering you finally worthy of all the momentum and praise you have yet received. And so Omnium Gatherum got down to business and wrote and released a full-length that was the equal of anything their famous kin Children of Bodom had produced, establishing themselves alongside the more promising of the Finnish new wave of melodic death metal, alongside bands like Kalmah or the similarly named Insomnium.

The formula has not changed. If anything, they stuck to the exact path they were headed with Steal the Light, only refined it and placed a few attractive potted plants along the way so you have something to actually look at when you're out on a stroll. A few knobs are tweaked, and the older tracks "Wastrel" and "Son's Thoughts" seem to integrate themselves very well with the newer material, though in almost every case, the songs written for Spirits and August Light are superior. I'd also point out that while most of Omnium Gatherum's covers seem like hack jobs some C-grade average graphic arts student spat out in 15-20 minutes, I have always found this one particularly annoying. But no, you leering buggy baby mannequin albino head thing, you will NOT prevent me from enjoying this goddamn album!

As an apology for the foul imagery, the Finns start with a big, warm hook on "Writhen", a song that hammers along with a terminal velocity even when it takes breaks to layer in thrashing groove rhythms and synth pads. The track doesn't quite capitalize on this one opening riff, but it maintains a heightened energy through the lead and climax, and it's more memorable than anything on the previous release. "Deathwhite" follows with a a rambling, almost Viking-like rhythm that rolls into a lush keyboard-enameled thrust and emotionally elevating verse. Even through such a simple melody, the band clearly showcases their ability to channel emotion into their work, which was lacking before. Even Antti Filppu has improved, with a larger, sloshing slather all over the rhythms. The wolf pup has grown into adolescence. "The Perfumed Garden" is another track like "Son's Thoughts" which opens with some of those jingly Amorphis cleans, but here they are abruptly interrupted by a solid, melodeath riff. "Amor Tonight" rocks out like the bastard spawn of In Flames and Norther, adjoined keyboard and guitar melodies creating a proper romantic environment that plays out like a lost track from Soilwork's great Natural Born Chaos album.

I put my boots back on,
Brought them down from the attic
And they're so nice and broken,
With words unspoken

It's all about breaking hearts! And kicking asses! Or maybe kicking someone's ass after they break your heart. I don't care. This is not The Hills. Two more newer cuts follow this one, beginning with the bounce and flex of "Cure a Wound", which once again delivers an emotionally resonant punch due to the melodic guitar that simmers just below the bridge. "The Emptiness of Spirit" kicks it slowly with some clean guitars under a soft synth texture, but gradually develops into another solid romp through the modern metal landscape. After this the band tosses "Wastrel" and "Son's Thoughts" at you once more, though both of the tracks sound are better here, in particular "Wastrel". "Son's Thoughts" could probably have been left off the album, as it serves no purpose other than conjuring memories of Tuonela. Thankfully, we get a refresher in the closer "It Shines", which is as promising a track as you'll find on the album, with gentle melodies that cycle through sparse chugging and a subtle keyboard across the landscape.

Needless to say, the moth was out of the larva, and Omnium Gatherum had delivered something here that is probably worth owning to the fan of modern, melodic death metal with keyboards. So if you've got gobs of hot love bubbling up between your thighs for the 21st century efforts of Dark Tranquillity, Soilwork, or In Flames, you may like what you find here. It's a consistent and catchy album which remains one of their best to date, and while some might shudder at the pop-like, moody atmospheres of such company, Spirits and August Light is the product of rational songwriting and emotional exhibition.