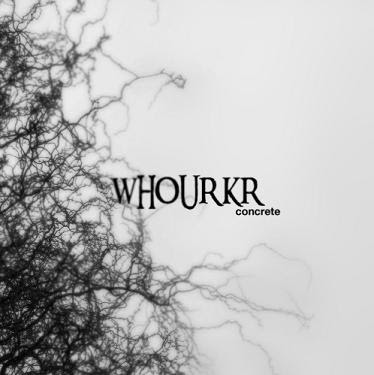 For as far as industrial metal has come over the years, it has rarely stepped over the line and gone full electro. Expounding on my bad joke from a mediocre movie, what we've mostly seen in this genre works firmly from the mindset of metal first, with electronic elements worked in as support. In a reversal of roles, here we have WHOURKR, two experimental electronic musicians doing their own take on death metal. Rather than going the easy route and slapping some catchy four on the floor beats onto downtuned goth riffs, Igorrr and I Snor focus on capturing the primal essence of nature through a violently digital sound that is as much Aphex Twin as it is Brutal Truth. As they coin it, IDM (intelligent death metal).

Concrete is their second album in as many years, and it takes up where predecessor Naat left off; namely, it's here to finish blending up your brain. With it returns the wordless screams, manic drumming, and crunchy guitars all spliced together schizotically by heavy abuse on digital cutting. When I say wordless, I don't just mean unintelligible - WHOURKR specifically focus on eschewing lyrics in favour of the animalistic nature of screaming, which is an interesting ideological contrast to their explicitly inhuman music. Philosophy aside, this organic approach to extreme songwriting works excellently in their hands. The songs suck you up like a maddened mob, spitting you out bloody and breathless after they're done with you. You could say that there aren't any real standout riffs to each song, but I would counter that you're looking from the wrong perspective. Here, guitars are another texture, a sample interwoven with grindcore delicacy into an electronic tapestry. Is it spastic? You bet your ritalin it is, and you'll just have to learn to like it. It's not for every mood. In fact, I have to be in a pretty special mindset to listen to it, but that doesn't change how much I like it.

As far as differences go, Concrete is definitely meatier, finishing up at 38 minutes instead of Naat's 24. That's, what, a content addition equal to two more grind-length albums? Pretty snazzy. They use this extra room to take time to let you cool your feet, which helps prevent the album from blazing by. The death growls of yesterday are out in favour of a more exuberant scream - I can't complain, as it seems to match the music flow better. I was a little disappointed to find that Concrete doesn't feature more classical sections than the one on "Santo", as I really enjoyed them on Naat and know they're a part of Igorrr's style, causing me to hope for their increase in use. I'll make due, somehow.

This is for those who no longer find extreme to be enough.

http://www.myspace.com/whourkr
Posted by is this your life? at 2:17 AM