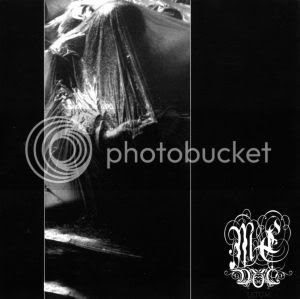 Full of melodic riffs with a decidedly pagan atmosphere, Melencolia Estatica's second album is a rousing black metal anthem of somber glory. Letum has a very Germanic feel to it, from the wonderfully thick production to the full-tilt charge of the songs, and makes for a pretty damn stirring listen. The pacing is spot-on, balancing out the breakneck charge with moments for spoken introspection (in excellent Italian fashion). And, in spite all of the epic descriptions that I can apply to it, the band manage to constantly carry the flag of their namesake, leaving the songs filled with a melencholic energy. The songs are very consistent in style throughout, giving the album a cohesive, unified feel, but each one is still unique and fantastic on its own. "Letum II" features some slightly post-black metal passages, while "Letum V" has a little segue riff near the beginning that wouldn't have been out of place on a Windir album. I'd probably have to say that "Letum IV" is my favourite track, but they're all goddamn solid.

What makes this all the more impressive is that the music here, aside from vocals and drums, is all composed and performed by one woman. While it shouldn't matter what gender a musician is, it's great to see a girl behind such rousing black metal rather than as a sex appeal gimmick for lonely basement warriors.

It's a hard call whether this deserves an epic win, but I'm going to say that it's not quite there. While it is a pretty badass album, it falls back on some standard riffs often enough to leave some room for improvement.

http://www.atmf.net/label/melencolia.htm
Posted by is this your life? at 6:57 AM