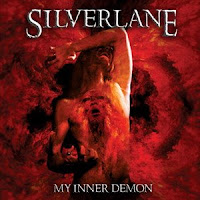 Germany has long been the heart of the melodic power metal scene, in particular the type of anthem heavy style Silverlane produces on this sophomore effort. As an example of that genre, the album shines, boasting a great studio sound, tight musicianship, and not a song goes by without some catchy melody. I'm almost certain this will appeal to fans of earlier Edguy, Freedom Call, and Heavenly.

The album starts with the rapid fire melodic hammering of "Wings of Eternity", the perfect opener since it pretty much sums up the spirit the band is striving for with this album. "Miracle" is more of a mid paced rocker with good use of backing vocals and the keyboards also deliver here. That's another point about Silverlane, Dodo's keyboards always fit the music with just the right amount of pomp and circumstance, never drowning out the guitars but complementing them. Some of the other choice moments on the album are "The Flight of Icarus" and "Full Moon", and "The Dark Storm" is extremely catchy as well.

There is nothing truly negative to say about this album. They know the style they are going for damn well and achieve it. I am usually underwhelmed by the lack of ambition in the lyrics and song titles with this sort of band, and Silverlane is no exception. Several of the song titles on the album you've already seen from dozens of bands, but this is a minor quip. At first I wasn't sure if I liked Ecki Singer's vocals at first, but they grew on me and as you'll hear he's got quite a range, suitable for the Germanic anthem style and with hints of classics like Dickinson.

Bottom line is if you like your melodic power metal that is heavily hooky and perhaps a little shallow in the lyrics, Silverlane will not disappoint. They've got their rockers and ballads in check, and the album sounds great. If you long for what Edguy USED to sound like, before they decided to ride the suckwagon, then Silverlane will fill that void.