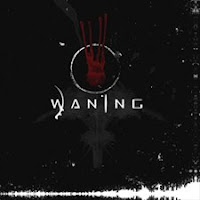 To dub Waning simply black metal would not be doing the band justice. They possess a very warm fabric within their tone which is strikingly different than many other bands in the field, yet for all intensive purposes...the vocals and style of blasting, driving riffs fits well into that category. They also have an almost sludgy side to them, doom-driven yet unerringly melodic. Formed from the ashes of a band called Slaughtercult, they've certainly taken a step forward. Population Control is sure to stand out to anyone looking for some progression to the black metal style, similar to how bands like Enslaved have adapted.

The conversational yet noisy intro recedes into the solemn chords of "Shades of Grey", which repeat for a short period to encapsulate the listener into this universe of modern black impulse. Vocalist Robert Johansson has a deep, throaty take on the expected snarling, and he needs to if he is going to match the walls of guitar and machine-like drummer. "Left to Hate" resonates with a shining pattern of chords and some disgusting vocals as it transforms a sunny day into a grey and thundering mass of sludge. "Swarm" is an unforgiving onslaught of double bass and melodic yet hopeless sounding chords. "Crowning Apathy" moves at a slower pace with some subtle mystery to its catchy driving rhythms. "Further Down the Strain" is fast and intense, and the title track begins with an interesting sample of a Christian lady encouraging the flock. The final track "Hollow" starts with some mellow acoustics and then builds into a pretty engaging rhythm of sludging beneath Johansson's verbal vitriol.