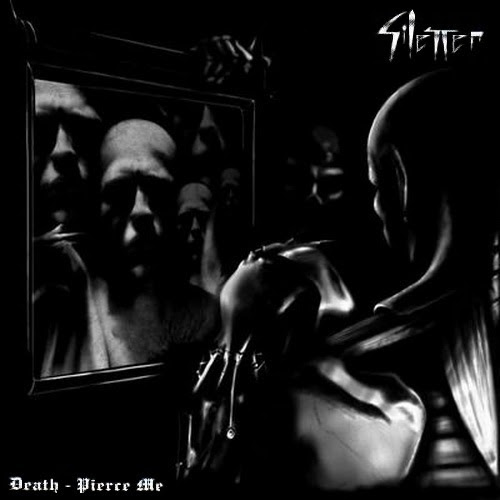 Aside from their exceedingly rare 1998 demo, the infamous Silencer's only release is one of those albums that separates the boys from the men. Any tasteful fan of suicidal black metal will appreciate the depressive atmosphere conjured by the quality guitarwork and surprisingly clear bass, the standard driving blastbeats, and the- oh, shit, the vocals. Have mercy!

Death - Pierce Me boasts a unique vocalist in Nattramn: this genuinely disturbed individual displays his range across the album's six tracks with occasional grunts and growls, but it's his anguished, piercing shriek that sets him apart. He does not care how cool you think he is, he does not care about... well, anything but expressing his own personal apocalypse as he hurtles towards the bitter end. He will make or break your enjoyment of this suicide soundtrack.

Silencer does not let you get comfortable, whether it's sharp turns into piano interludes in the first and final tracks or "The Slow Kill In The Cold" and its absolutely frozen synths that lay you in an ice bath for your wrists to stain red.

I Am What You Deserve
Death Do Me Submerge

Take a rope, take a razor, take a gun. They're just different roads to your destination.