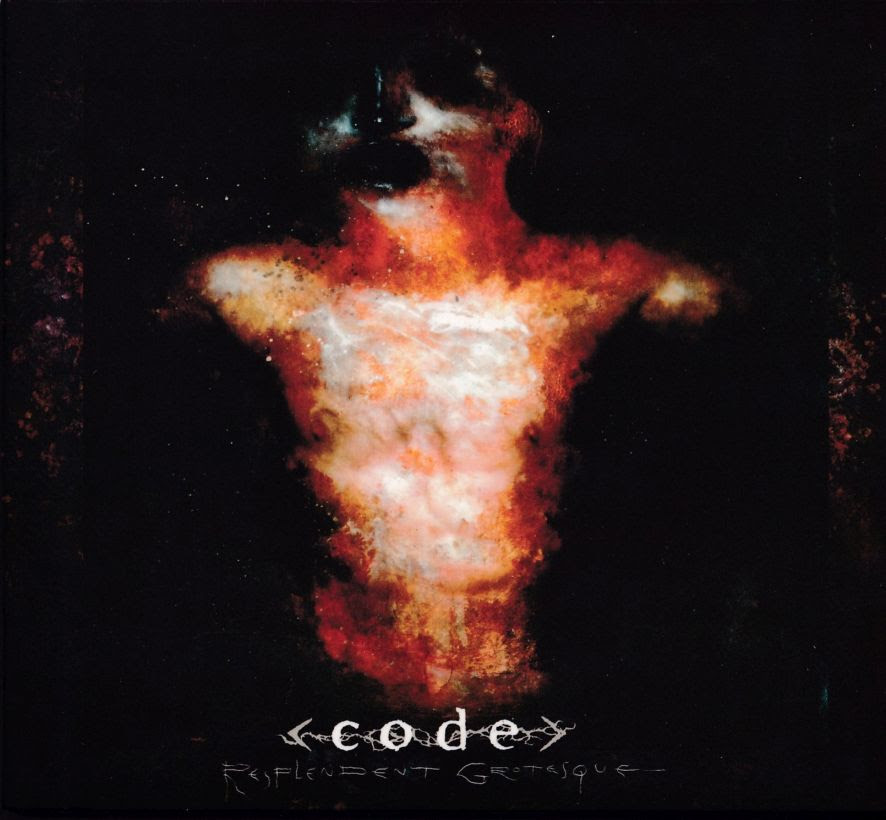 Code kick the album off right on the first track "Smother the Crones" with layered guitar tones over pounding double bass that gives way to a catchy riff and standard black-tinged guttural screams. Those screams belie the range and quality of singer Kvohst's (formerly of Dødheimsgard) voice. The comparisons to Ihsahn here are apt, although Kvohst sings in a lower register, avoiding pretensions to King Diamond. Still fans of the later Ihsahn style are likely to enjoy Kvohst's work on here.

"In the Privacy of Your Own Bones" begins in similar to fashion to the opener, mixing Kvohst's pained screams with the blast beats of drummer Viper, leaving the hooks of the song to the riffing of guitarist Aort. However the band pull back after the intro to reveal the meat of the album: allowing Kvohst's vocals to soar over a heavy rhythm tinged by distant and mournful chords.

There is a consistency to the album, so you can get a good idea of whether or not you're going to like the rest from those first few tracks. "Possession is the Medicine" and to a lesser extent "The Ascendant Grotesque" break the mold a bit to go full out metal without the desire to explore the range of Kvohst's singing. This is a direction Code may want to explore more fully in order to push each song to their fullest potential.

Some listeners may find the album lacking in certain respects. They stray quite far from their black roots and desire to explore both the extreme and the pleasant. The album left me wanting to hear more from Code and is definitely recommended to fans of Ihsahn's later work.