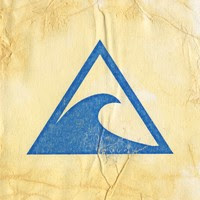 Stam1na are one of those bands that truly confound me, for I normally do not go out for the modern groove thrash metal. There have been a few exceptions, like the mathematical Meshuggah and the curious crushing of Gojira, but Finland now have their own entry into this field. Let me clarify by saying that Stam1na do not sound like either of the aforementioned bands; they have their own spin on the music which draws equal parts thrash, groove and what you might have dubbed nu- metal at some point (though Stam1na really only straddles the line). All three of their prior albums have been enjoyable in their own right, but this new effort, Viimeinen Atlantis, has a difference: a large infusion of progressive metal atmospheres that were only hinted at before.

The biggest hurdle this band could face in storming the world would naturally be their decision to remain faithful to their heritage and run with the Finnish lyrics. This is a double-edged sword. On one hand, I really enjoy the language and I respect the decision greatly. On the other...most people simply will not give the band the attention it deserves without them singing in English. The other downside is that the Finnish syllables in rapid succession can give a few of the groove metal parts an almost 'rappish' feel, though more like a foreign System of a Down than an actual rap band. Don't let this turn you off your curiosity, because it is not actually 'rap metal' whatsoever and the vocals of Antti Hyyrynen are quite good, whether he's singing cleans or barking out a progression of angst-smitten consternation. The guitars retain their punchy ability to cycle through blunt nasty thrash rhythms (as on Raja) and a more technical approach which one might find in a lot of modern melodeath, and the presence of new member Emil Lähteenmäki on the keyboard adds an entire new dimension.

"S.O.S. (Salatkaa oma sijaintinne)" is an escalating intro piece with steadily chugging guitars that develop beneath a narrative vocal and some of Antti's barking, but it really just serves as a place-setter for "Piste jolta ei ollut palutta", which touts some excellent, precision riffs and a nice atmospheric segue. The track keeps throwing little surprise rhythms at you as the vocals pick up in intensity, and its one of the most memorable on the album. "Pakkolasku" is one of the tracks which incorporates a bouncier rhythm and the vocals I had mentioned earlier, and though it still packs a punch, especially the playful bass of the pre-chorus and the chorus itself, but the verse is a little difficult to swallow, and it's not a favorite here. "Jäteputkiaivot" is far better, a thrust of superb energy with loads of riffing potential and even a death metal grunt or two. "Maalla, merellä, ilmassa" features a little of the band's grooving thrash, but the writing is very sound and it crashes directly into several glorious walls of melody, where "Elämän tarkoitus" is akin to a dorky thrash anthem with a conversation into Natural Born Chaos-era Soilwork breakdown + keys.

"Viestintuoja" has some serious groove to it, with a busy guitar line that fragments into the verse, slowly scaling up to a melancholic chorus with clean vocals and climactic riffing. The lead section in the track is particularly cool. "Rikkipää" is another of the album's best, with a nice lead-in which transforms into blistering, aggressive thrash and a killer chorus, even if the vocals do seem a little on the silly side for a few of the lines. And "Tsunami" is even stronger, seriously... If the album had consisted of more tracks like this one, it might be my album of the year. Wild, ever-shifting and loaded with good thrash hooks, and most importantly, original, yes even the little gremlin-vox that remind me of something Mr. Bungle might pull. "Eloonjäänyt" is likewise insane, with both blasting and a spyish/death metal riff beneath the verse, and the synthesizer atmosphere is just phenomenal. Half the time I felt like I was in a mosh pit, and the other half I felt like I was in the Queen-scored Flash Gordon feature film. The title track is an entirely different ballgame, a somber folk piece which features deeper male vocals and some female accompaniment. While it's nothing like the rest of the album, it's still quite good.

Viimeinen Atlantis is not going to appeal to a lot of metal fans on the grounds that it incorporates the groove elements that they hate from other modern artists, even though they might appreciate it's punctual thrash and the proggish environs the band had adopted through their new member. If I threw out names like System of a Down or Machine Head many would scream in terror and fly far away. And I don't blame them, because I fucking hate those bands. But there is something in the overall landscape of Stam1na's sound which is a huge boon, and there is no other band out there quite comparable to how they've managed these diverse qualities into their sonic fabric. If they one day decide to use English lyrics, they'll turn quite a few heads, fully capable of biting off some of the popularity that bands like Gojira or Porcupine Tree have acquired. Many music fans simply do not have the patience or class to appreciate a band in their native tongue (admittedly their loss). Until then, they'll have to remain Finland's best-kept modern metal secret.