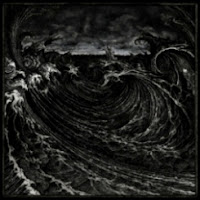 Though the 2008 Necrovation full-length debut Breed Deadness Blood managed to distinguish itself from so many of its peers recycling Swedish death metal aesthetics of the early 90s, it still had some limitations. The band had managed to infuse a churning rhythmic subtext circa grimy American influences like Autopsy and Incantation into the Scandinavian propulsion of forebears like Entombed and Dismember, yet the record suffered from the occasional bland chord progression, and seemed to subsist more on its oppressive, primal atmosphere than the actual song structure. For many, this proved enough integrity to reap the accolades, but personally I still thought there was a dimension missing to the music.

Enter 2012, and the eponymous Necrovation sophomore, and it becomes clear that the band also felt there was some grand evolution in store for their sound. This is essentially the Renaissance to Breed Deadness Blood's Stone Age, a far more dynamic offering which is hands down one of the best sounding, most effective death metal records I've heard this year, and like other recent efforts from groups like Morbus Chron and Americans Horrendous, helps restore a bit of faith that an adherence to the 'old school' tropes of the genre is not necessarily a dead end when a bit of creativity is involved. It goes without saying that Necrovation comes with the caveat of more increased accessibility than its predecessor, a higher threshold of variation and melody, but if this turns out too much of a problem for any of the death metal 'elite' then I recommend clouting their ears repeatedly with a pair of bricks. If that's what they want out of music, then why not pursue a shorter and more direct path?

Yes, this album is decidedly that awesome, in both composition and pacing. The guitar tone is copious and monolithic, chunky and natural to accompany the floodgates of atmospheric melodies that the band will often exude behind the rhythmic slugfest. Songs like "Dark Lead Dead" and "Commander of Remains" course through oodles of shifting riffs, at the heart of which lie the expected eerie tremolo patterns and sinister chord progressions of the death metal past, dowsed in such a resonant and oblique atmosphere that the dark seas of the album artwork seem to continuously collide within the listener's mind. No two cuts here sound quite the same, yet they all adhere to the same overarching themes. Several explore broader swaths of dissonance and range, while others are more tightly knit to the muscular affluence of the percussion. Even where the band departs from the metallic sphere almost entirely, as with the escalating acoustics and symphonic components of the instrumental "The Transition", they excel at creating a compelling, malleable atmosphere.

The vocals are likewise fabulous, blunt and darkened, constantly echoed and crashing against the formidable bulk of the guitars, not afraid to hurl a hoot or enthusiastic, devilish shout into the nether. The leads, while scarce and simplistic, are used in an almost psychedelic, swerving context ("Commander of Remains"), and the rhythm section proves just as dynamic and spotless as the riffing architecture. Choosing favorites would be extremely difficult; since the production and flexibility ensure that the entire track list fits like a viscera smeared glove, so I can say certainly that it captivates for the entire 47 minute duration. Is it perfect? I doubt I could claim that, since a handful of the notations subside below others in effectiveness, but it's nonetheless one of the better albums I've heard yet in 2012 and a probably year end contender. Buy two copies, and keep one packaged up to bear with you into the afterlife, which, as this album proves, is ever shadowing the warmth of our lives, like a spectral, lingering tide. Oh yes. Whoosh...whoosh.