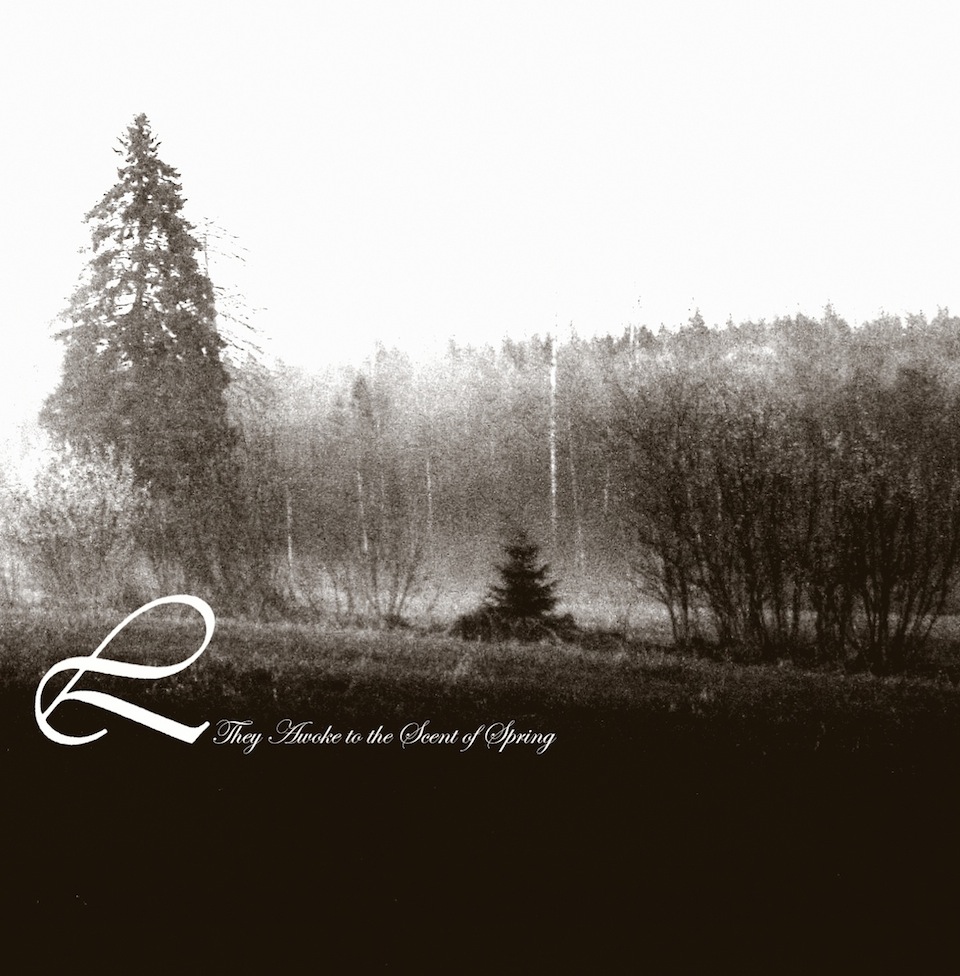 Nachtzeit's Lustre is a project that certainly has an aptitude for trying my patience, due largely to the length of the tracks, and the dearth of activity occurring within them. That's not to say that the Swede's music is bad by any means, but it takes a particular mindset, and maybe a really long walk, to appreciate what it's all about. Like the 2010 sophomore A Glimpse of Glory before it, They Awoke to the Scent of Spring is a moderate success, if you're willing to give it the time and space it requires to bore its solemn, draining emotional expanse into the landscape of your mind. Just be warned in advance that not a whole lot happens here, and there's a very 'stretched-out' sensation to the first two (out of four) songs.

Lustre performs a hybrid of black metal and ambiance which is essentially a contradiction of the pioneers in the field, those Scandinavian acts which made a name for themselves with brazen, infernal tremolo rhythms, blast beats and occultist/atavistic incantations. Compositions glide along at a snail's pace, dowsed in vast swaths of synthesizer atmosphere, while the sadistic rasping of the vocals is slowly meted out in arching, hypnotic patterns that will eventually overtake your initial resistance; like a serpent casually treading through the garden on its journey offer you temptation. The fragile, distant drumming rides beneath the swell of the keys, and the guitars are molded into incredibly minimalist, melodic sequences that don't feature the sorts of textured chords and dissonance one might expect. There are some slightly busier pianos (like near the end of "Part I"), and Nachtzeit seems to excel at writing calming ambient/clean guitar instrumentals ("Part III"), not to mention the dreary and numbing finale "Part IV" which I thought was the best track on the album.

They Awoke to the Scent of Spring is nature music, as suited to environmental introspection as it is to the listener's own regrets and reflections. Grandiose, bloated hymns of rain and rime, offering very little warmth despite its title, but more than enough loneliness. Summoning lite. The low key production values on the record barely intrude upon its effectiveness, and there is nothing harried or complex happening anywhere throughout its 40 minutes of woe. It wouldn't kill Lustre to write patterns that are more interesting or evocative, or to add a few excess layers of texture and sounds, even if through additional samples and not synthesizers or guitars. But, as minimalism is one of the core values in this project, it's unlikely the creator would implement much else here. Even the lyrics, used through the first two tracks, are incredibly sparse. To his credit, though They Awoke... is just as captivating as its predecessor. Not a great album, but give it some time, and you'll find yourself wallowing in its tragic and uncluttered depths.