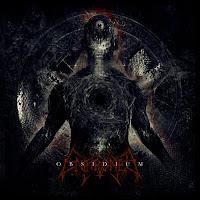 There are always certain preconceptions one forms for a band like Enthroned who are more or less an institution in the black metal scene due to their level of perseverance and survivability. When I hear a new album from the Belgians, I know the following: It's going to be damn well produced. The cover art will prove interesting and memorable. The songwriting will involve top of the line musicianship for its form. The aural aesthetics of the album will be at best somber, but more likely menacing, atmospheric and utterly dark. The lyrics will be thoughtful and threatening. And for the past 15 or so years and seven full-lengths beyond the debut Prophecies of Pagan Fire, I would have added that it's probably not going to be an album I really care for or remember long past the initial exposure. Hell, even the debut itself could not be counted as a personal favorite, but it does evoke some nostalgia being one of the first such records from Belgium that i owned.

I say all this because their 9th long player, Obisidum is the most immersive and interesting album they've written in a very long time. Ever, perhaps. The context is much the same as its predecessor Pentagrammaton: dark and obscure occult philosophies propelled by tense, traditional black metal fundamentals. The band's blasting is on par with nearly everything else out of Europe, and the rasp of frontman Nornagest easily comparable to other long term tyrants of Europe like Marduk, Dark Funeral and Satyricon. Taut, rampaging tremolo rhythms are interspersed with moodier, dissonant sluggish sequences that transform a tune like "Sepulchred Within Opaque Slumber" or "Oblivious Shades" into a haunting vortex of oblique misery. But what I most loved about the album is the strong use of chanting, sparse synthesizers and other crucial catalysts of atmosphere that help to break up some of the more predictable patterns on the album; or the tendency towards massive, spring-loaded grooves as in "Horns Aflame" which evolve it from a 'pretty good' black metal record into a potential juggernaut.

Enthroned don't dowse us in pretty spikes of accessible melody, but dissonant flumes of convulsive chaos that wrench at the very tether of our souls. Where these rushed rapids of hostility are conjoined with the dour, concentric chants as in the bridge of "Petraolevm Salvia" before its ear splitting, frenetic lead guitar, Obsidium takes on an immense depth that I simply cannot contribute to a lot of their average alumni like Carnage in Worlds Beyond or Towards the Skullthrone of Satan. There's an increased willingness to expand their central sound, to try new things without tipping the scales, and it really pays off. Each time I would listen through this beast, I got the feeling I had just journeyed through some dark tunnel of apparitions, lucky to emerge from the other end. The individual guitar riffs might not possess the greatest level of memorable compulsion, but wrought in such furious explosions as these they become very hard to resist indeed, and they've certainly piqued my attention far more than they have in memory. Well fucking done.