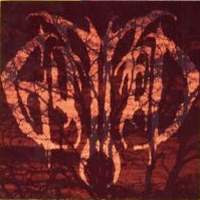 It took a few years, but Ohio's Gutted were not through with their career, even after their relationship with the short-lived Red Light records came to its conclusion (as did that of every other band on the roster). But somehow they managed to muster up enough material for a follow-up, and it was issued in 1997 through another indie, to be the band's final hour as they attempted to escape the confines of their geography amidst a vastly swollen death metal scene not only here in the States, but abroad. Gutted was not really good enough to draw further attention to their cause, but it was also bound to satisfy anyone who had a good time with Bleed for Us to Live.

The style has not changed much between the two. If anything, this record has a bigger crunch and punch to the guitars, and the band has a much greater keyboard presence, offering some more heinous atmosphere which you'll find in the intro to "In Sickness and Hell". Otherwise, its the same, slamming sense for thrash/death rhythm, often slowing into violent molasses that do seem somewhat more gripping and evil than the debut, although also more inconsistent. A track like "Death Before Dismember" or the feedback-intro'd "Silenced" have enough crushing force to get the neck bouncing with fortitude, and certainly a pit would not stand still here, but erupt into a haven for tough guys, flaying and bruised limbs.

At times, I feel like the riffs become 'too groovy', like total brickhouse mosh rhythms that offer you little but a mental image of being beaten with billy clubs. However, they still fall well under the domain of the debut. A couple of the songs like "Mark of Sanity" or the super groovy "Nailed to the Cross" really pass straight through the ears, the latter like some condensed, death growled alternative to the popular bludgeon of S.O.D., with a bit of Death's playful morgue rhythmics. A bit too bouncy and dumb for myself, and considering that this was the period in which nu-metal exploded thanks to Ozzfest and bad taste everywhere, if that might have slightly played into the Gutted approach. There's a new version here of "Chopped Up at the Altar", a decent tune from the debut, and the band also incorporate a fairly interesting take on Venom's "Manitou", a song that is not very often covered.

Gutted does not seem like a bastion of effort, and thus the enjoyment is of a less consistent nature than Bleed for Us to Live. Even the cover image is shoddy, merely the band's logo set up against, and interlaced with a background of decrepit trees. This album is honestly more creepy and atmospheric in places than its predecessor, especially the cover, and yet it feels like the overall strength of the writing suffered to compensate. There's nothing quite interesting enough that you want to comb through it more than a few times, but if you have a true devotion to the simpler side of blunt death metal ala Bolt Thrower, Benediction or the US band Jungle Rot, then perhaps there could be something within its 43 minutes to satisfy your caveman urges.