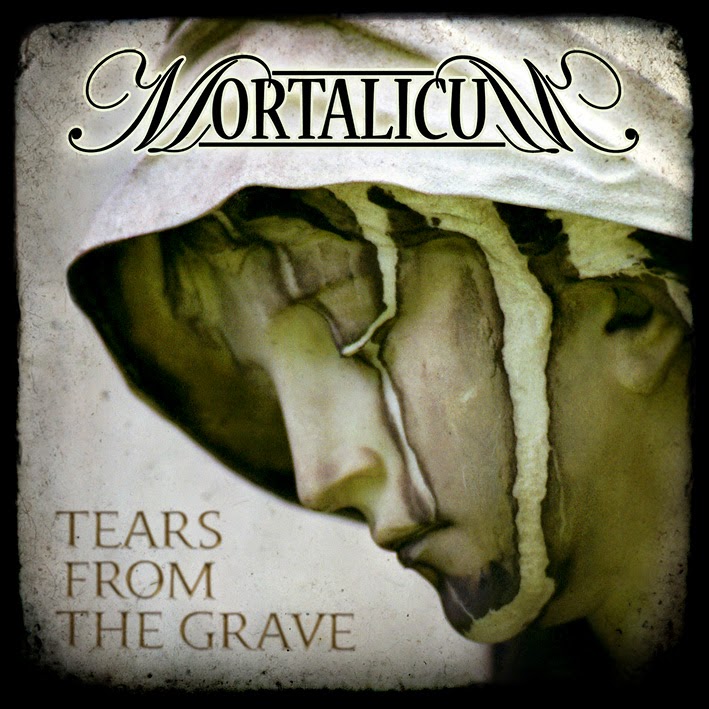 I was not the biggest fan of Mortalicum's last record The Endtime Prophecy, competent doom metal with some appreciable swagger but vocals that I was just not that enamored of. So there was some hesitation on my part to even listen through Tears from the Grave, the group's third album through Metal on Metal Records. But I'm glad I did, because this is an improvement over its predecessor in many ways, with Henrik Högl really starting to gel into both his roles and singer and guitarist. To be up front, this is classic doom with a lot of groove and 70s Sabbath inspiration, a Swedish analog to our own American Trouble, but with a different approach to the vocals that eschews the grating, tormented, formidable presence of Eric Wagner for something a lot smoother and I'd dare say even redolent of Bruce Dickinson on his solo albums like The Chemical Wedding or Accident at Birth...at least how he hovers a deceptively fragile timbre into something more significantly powerful. He picks the right notes this time.

Structurally they shift between boogie-down, bellbottoms-in-the-graveyard rockers like "The Endless Sacrifice" and "Spirits of the Dead" to a moodier, near-Candlemass Gothic crushing step present in tunes such as "Remember the Fallen" or "The Illusion", to some stuff which is even more melodious, and psych rock in scope, like the shining guitars and fat bongwater bass tones of "I Am Sin" which break out into those potent emotional heavy hooks which burrow straight into your memory and won't quickly let go. That's not to say the content here is necessarily original, there are quite a lot of bands who have come before and laid bare the blueprints, even some of Mortalicum's countrymen like Grand Magus, Count Raven and so forth. But the trio seems to take all of this into account, blend it up and settle back to produce songs of value as opposed to monotonous retro worship, and they do so with a sincerity that seems like it would be equally presentable in a live format without losing any of the hook quality. Högl's pitch is still far from extraordinary, it's still got that wavering, almost nasally factor, but here it just works so well with the riffing choices that its thinner nature provides for a competent contrast against the fatter, bluesy rhythm guitar.

The rhythm section is equally fit, with constantly engaging bass grooves and a nice, organic sound to the drums where the snare and cymbals have a lot of impact and it keeps your hips shaking. The darker mutes on the rhythm guitars (as in "The Passage") sound fucking awesome, and as songwriters, the Swedes keep things constantly evolving without settling too often into the same repetitive riffs. Although its lyrical subjects are presented with gravitas aplomb, and no laughing matter whatsoever, this selection of songs is surprisingly fun in execution, just as easy to get down with as to mourn over some open space in the earth in which a loved one has been interred. It's not perfect, but great production and good songs go a long way for me. Mortalicum has proven in this reviewer's estimation to be one of the 'most improved' acts here in 2014, and fans of anything from Lord Vicar and Solitude Aeternus to Burning Saviors and Spiritual Beggars will devour this.