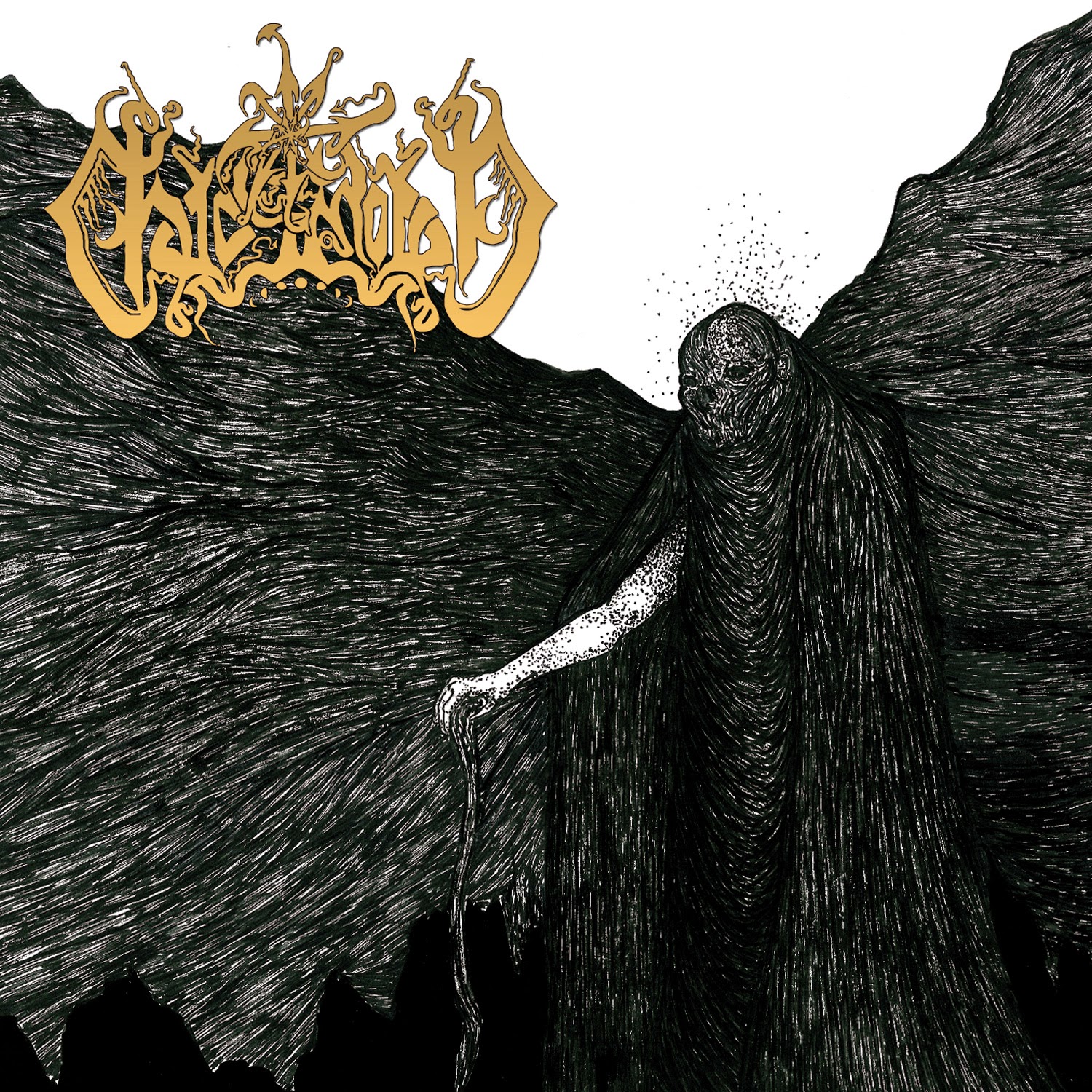 The fly-haloed, shambling revenant cuts a stark contrast against the chalky mountains and white sky behind it, and possibly an even greater heterogeneity to the actual musical content of Resurrection Extract itself, which is in a word: lovely. Not that the distinction comes without a price, for this is loveliness born only from a most twisted and disagreeable heart, pumping out staggering amounts of blood and suffering alongside its warmer emotional tsunami. I just feel I should put it out there: looking upon this album, and hearing it, are two entirely different things, and the one did not really prepare me for the other...the breaking waves of crescendo and nothingness in flux throughout the hour-long experience.

If you've run into Chaos Moon before, you'll know this is Alex Poole's brainchild, aka Esoterica, aka he-of-a-number-of-bands you might know...most recently, doing a sting with Neil and Krieg. The last time he gifted us with a full-length (or a pair of them) was in 2007: Languor into Echoes, Beyond, which was honestly worth a few listens. Resurrection Extract is a one man show, which is likely to be considered by many a part of the 'blackgaze' movement due to its heavy reliance on warm, melodic tremolo picked guitars that are sent aloft into the distance of the recording, arching progressions that serve as asymmetrical peaks beyond the gnarled, throat-rending vocals and mechanical batteries of drums. Usually there are numerous layers of harmonies, one lower and more dissonant to feed into the sense of desperation that so many of the melodies manifest. This does tend to run monotonous through large swaths of the albums, and one might accuse Esoterica of spending longer measures of time to reach the conclusions of riffing passages that many bands would gladly abbreviate, but then you wouldn't have the same sense of overwhelming immersion as you find here...

It's not all sameness, because numerous tracks are permeated with these drifting, ambient sequences where calm swells ("Dreams Scattered Over an Infinite Mirror") or ringing, cleaner guitar tones ("Asemic Weakness") grant some dissimilitude to the more tumultuous, wrenching moments in which the guitars and vocals are on full time suicide watch; and I can't exaggerate how critical those points are to preventing some level of ennui from setting in. To be fair, I think that's part of the intention to a record like this, but I did find the construction of much of this oeuvre redundant to what you hear in the first couple of songs, so it was a good thing to take a few breaks from that approach. Otherwise, you will not hear much complaining from my end, because even if it has a few traits which lack much individuality (the heavier rasps and occasional Burzum-esque shrieks), Resurrection Extract roils in genuine frustration, repugnant beauty and there are certainly songs here that will swallow you whole and then spit out the physical remains. Fans of other I, Voidhanger acts like Lorn, Spectral Lore and Midnight Odyssey should take heed of this, as well as the advocates of bands like An Autumn for Crippled Children, ColdWorld and Lantlos.