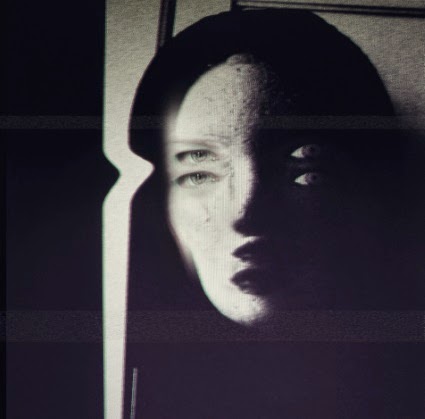 Belgium's Emptiness is not a band which could ever be accused of putting its roots down in one site and never moving. From the more structured sophomore Oblivion, with its frenetic and memorable death metal riffing palette, to the more loosely defined surreal black metal of Error, they've never precisely locked down one single sound, and somehow that fact has kept them interesting. With Nothing But the Whole, they sort of attempt to continue the atmospheric overtures of the latter while bringing back a more consistent and diverse riffing component, and the result might just be their most interesting and unique effort to date, notably for just how well its disparate parts flow together as a whole...

The intro tune on this thing ("Go and Hope") is brilliant; distant and eerie tremolo picked guitars accented with creepy spoken word passages and cleaner plucked guitars that help the momentum ascend into a broiling, echoed distortion and subsequent calm. It's incredibly unusual and catchy, with a similar, captivating psychedelic effect I felt on the first Oranssi Pazuzu record, and thus ran my expectations for the entire record straight up the charts. That song is not exactly characteristic of the entire album, which explores a broad range of black, death and thrash metal aesthetics in the rhythm guitar structures, some freakish and others quite mechanical, but they absolutely keep the ball within an atmospheric playing field. Dense, broiling bass lines, somnolent voices hovering above the instruments, and a near constant ambiance created through the guitars that serves up a welcome contrast to the churning and grooving riffs used to maintain the metallic balance. Most importantly, there is just always something compelling happening within the music which the ear can focus on, so even if a riff comes up short in quality, it never stands alone in the esoteric nightmare Emptiness is forging here.

A few of the songs seem so deliriously post-industrial in nature that I'm reminded of some of Dodheimsgard and Mayhem's experimentation, or the Polish band Non Opus Dei, who had a few similar albums, or maybe even a black/death metal analog to Coroner's much debated Grin, but I think a lot of Error does bleed through onto this more so than its predecessors. Particularly the vocals, which are an ebb and flow between a wall of nihilistic barking and the more sinister, cerebral garbles and whispers that help loosen the architecture of the record to something more spontaneous in nature. Upon first exposure, there was no telling what was going to happen next...for example, the percussive, meandering "The Past is Death" cedes to the haunting, escalating ambiance of "Lowland" at the close of the record, but at the same time that sort of 'completes the circle' they had set up at the start. The drums are often more akin to scene-setting dark theatrical effects than standard beats, and the thick bass is constantly concocting a subliminal groove in between the viral metallic outbreaks.

Nothing But the Whole is ultimately a pessimistic, emotional journey which shows very little respect for convention while simultaneously and subconsciously keeping those bases covered, if only by the bands' toes while they choose where on the field to steal next. It's brooding and leaves a sulphuric residue in your ears and mouth, almost like you were chain smoking to some cut-up noir film reel via projector, in which some eccentric had hidden a message of the end times you are trying to unravel. The lyrics are personal and interesting, contending with the processes of self-awareness and addiction, and while it's not perfect, it is those very imperfections which make for such immersion. My personal tastes still run towards their second album, being a riff guy that album's genius would be criminal to ignore, but Emptiness have delivered what is easily one of the most mesmerizing efforts in recent months, something I'll surely still be visiting years from now. Plus that cover...fuck!