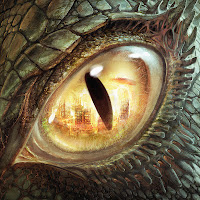 Quest of Aidance is one of several Swedish 'supergroups' involving the ubiquitous Christian Älvestam, who might best be known for fronting the earlier Scar Symmetry albums, but has kept quite busy in a number of high grade projects like Miseration and The Few Against Many. His partners in Propaganda include Miseration stringer Christian Lundgren and Daniel 'Daaz', a vocalist from a number of underground acts, with Älvestam handling most of the rhythm section and, frankly, bewildering us with the level of finesse and power he exhibits. It wouldn't be a stretch to claim that Misanthropic Propaganda, along with The Few Against Many's debut Sot, is one of the best things he's been involved with, and its fragile balance of concussive aggression and ear-clinging melodies are sure to place it on the shopping lists of forward-thinking metallers who won't shy away from its hybrid ideas.

Possibly the best way to describe this is as a mix of melodic, modernist death/grind with progressive metal elements that largely shine through the lead sequences and the placement of synthesizers. Very much based on propulsive, choppy and varied riff sets that spread themselves equally across mutated, hyper d-beats, blasting and grooves that will leave you broken in their wake. Initially I felt like comparing this to Czech cult heroes Lykathea Aflame, but this isn't so much that level of mystical miasma, but finds its roots in a lot of the project's Swedish forebears. The sense of rampant melody here is not restrained to simply death metal worship, but you'll also hear a lot of battering ram tremolo progressions redolent of groups like Dissection or Lord Belial. In fact, I might ultimately dub this an evolutionary median between Dissection and the post-Nasum outfit Coldworker, only Quest of Aidance are far, far riffier than the latter, and bring a greater degree of variation to their writing. Few paces are retread, and there's almost no sense of guessing what will happen next over the 14 tracks, which seem to follow an apocalyptic, science fiction concept with bludgeoning enthusiasm.

If you hate all things polished, then the production of this record is unlikely to change that perception, with a high level of clarity running through the intense and tight drumming, guitar phrases and vocals. But I will promise that the grooves are delivered with all the bounce and nuance you'd expect out of any comparable post-nu sort of sound, and some of the shorter thrashing notes are emphasized by a great deal of punch in the rhythm guitar. Occasionally, they'll unleash a pretty typical passage, especially over the D-beat drums, but there simply isn't one of the cuts among these that doesn't have something going for it, and just the raw musicianship alone makes it worth hearing. Bass lines take a nose dive through most of the album, simply unable to stand out past the considerable dynamics of the guitars, but the drumming is an impeccable blend of everything you might enjoy in modern extremity. Vocals are not a forte; a fairly average sampling of gutturals and higher pitched snarls that rebound across the music's dystopian ceiling, but they're spat out with enough certainty and vitriol that they blend in seamlessly with what the Swedes have set out to achieve.

For me, though, the highlights have to be the brilliant lead and melodies, like the intro to "Section 34", that instantly raise Misanthropic Propaganda above the din of most modern death/grind I've listened to. Keys can come off slightly cheesy, or simply atmospheric (like the build of the intro "A New Storm Rising"), but even at their most glaring, I never found them too intrusive. Just 'proggy', if that makes sense. This is not a band afraid to enchant you one moment, and then pulverize you the next, and all without the annoyance of clean and whiny emo-vocal choruses like you'd expect from some trending deathcore/metalcore band, who might also test the waters with such a vast array of influences. This commitment to accessibility, at no expense to the inherent hostility of the genres in which they toil, is very likely to impress a broad berth of fans who follow any number of styles, and let's be honest...not a lot of bands can do that without seeming as if they've bitten off more than they chew. Quest of Aidance naturalize all of this cross-pollenization to the point that, without my background of listening to extreme metal for so long, I would never have known the difference. Misanthropic Propaganda does have a few surface flaws, but ultimately it's an exciting record with enough character and versatility to take the band anywhere it chooses to journey.