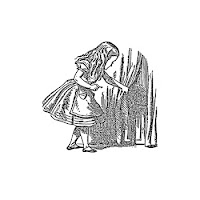 If there were a stock market for discomfort, The Ash Eaters (ex- Brown Jenkins) would swiftly rise to the top of the traders' list, so dissonant and stinging are the sounds they commit to tape. The aptly titled album Ruining You comes hot on the heels of their Ibn Ghazi EP, another frightening offering which I've since had exorcised from my presence thanks to my good friends at the Catholic Church, and it's the audio equivalent of stabbing your eardrums repeatedly until the chaos and blood forces you into a comatose slumber, dreams haunted by the laughter of these murderous, mesmerizing musicians. Actually, a better comparison might be to remove the strings from a guitar and then floss your ears with them. Right in one, and out the other, piercing all of the gray matter that may or may not be blocking its passage. Oh wait...my secretary just informed me that would more technically be dubbed 'flossing your brain'. My bad.

This is abrasive, reality shearing music that will drive you up a wall or straight off the nearest cliff. The basis for all this is naturally a black metal aesthetic, but I say this only through the jangling twang of the guitars and the constant use of dissonant subversion to rob the listener of any caul of security. 'Voivod plays Burzum.' They truly know how to carve up a chord, splintering its frightful, constituent notes into bloodthirsty attic bats, but there will also be a subtext of thrashing mutes or chords beneath you. The five tracks here are sizable, four of them clocking in at 7 minuets and the finale, titular "Ruining You" at 10, but that's not to say that they needlessly repeat phrases too often. Each is a constantly mutating spectrum of experimentation, sometimes teasing you with an unexpected warmth (the bridge to "Give In to Madness"), or sometimes just dancing upon the strings of your sanity until you plunge the knife into yourself. It's distinctly suicidal and perhaps even a fraction schizophrenic, but don't let that fool you into believe the authors of all this pain are not intent on architecture.

It's hard not to compare it to Brown Jenkins, since the floods of driving discord create a similar, hypnotic resonance, but Ruining You is even more strange and unhinged as it bounces between the playful, impish higher strings and the chugging, evil substrate. Once more, lyrics are included, but these are primarily to be read along with the songs...which are instrumental. Don't fret though, it doesn't take an imagination as tormented as those of The Ash Eaters to envision some tormented rasp over the chord progressions, and the prose itself is quite poignantly mischievous to match the musical structure. Overall, this is obviously a more substantial trip than the Ibn Ghazi EP, it haunts you for a full 40 minutes and thus gives you more opportunity to plunge into its labyrinthine, controlled chaos. Those discouraged into believing that black metal cannot turn over a new-dead leaf are encouraged to check this out, whether your tastes run to the more traditional, depressive strata of the genre, or the more quizzically experimental like Ved Buens End or their new vehicle Virus. With Umesh Amtey and company behind the wheel, I must say I'm proud to no longer need drugs. This is just as harmful an addiction, and will take less time to kill me.