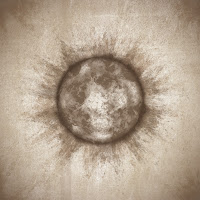 The Greek black metal scene of today doesn't bear a massive semblance to that of yesteryear, largely because most of today's cutting edge acts there draw equally upon broader European/Scandinavian influences, unlike a Rotting Christ or Necromantia who were mixing a more unique concoction of ingredients on their first few records in the earlier 90s. Today, we've got this emergent dynasty of ritualistic, complex and atmospheric bands like Acherontas, Acrimonious, Thy Darkened Shade and Spectral Lore leading the charge, adapting the traditional tremolo picked techniques into grim and immersive compositions that often take some repeated listens to adapt to. To this esteemed company I would cast Heretic Cult Redeemer, with the caveat that they hone in on a slightly more primitive style of writing that conjures up memories for classic records like De Mysteriis dom Sathanas, only punctured with a more ethnic or tribal drumming aesthetic and a tendency to lurch into slower, sparser, somnolent progressions that carry a bit of an atonal sludge/drone metal influence.

To an extent, this debut album feels like a struggle between these two poles: choppier, blasted or fast paced death metal-like rhythms laced with dissonant chords ("Concatenation") and mighty, steady behemoths like the 9+ minute "The Oldest of Times" which is injected with only a few hellish measures of speed. And I'm not sure which wins out, because I found neither of the styles to be terribly convincing. They suffer from a pretty bog-standard, dry selection of riffs that are more atmospheric than enduring in the memory. The point of a disc like this is to crank the volume, sit back and try and submerge yourself into the primitive riff sequences, and I will admit that the loud swells of bass guitar mesh in quite well with the brighter chords, but with the exception of a few eerie flourishes of alien melody, I just found the note processions plain and predictable. Vocally, they're more interesting, accenting the strong, central rasp with cleaner ritualistic lines that give the Heretic Cult Redeemer a sense of living up to their band's moniker, but until the punchy, syncopated bridge of "Destiny of Death" (five tracks in), I don't think I was surprised even once. In fact, my favorite tune here was probably "Unknown Salvation", which thrives off broken, atonal melodies and tribal, measured drums, but even that starts to grow cold on ideas once you hid the midpoint.

I realize this is a strange comparison to make, but I also felt this way (albeit more strongly) about that last Ulcerate record, Destroyers of All, which was like a dry-eyed death metal Neurosis, but lacked any of the charm and hypnotic compulsion the sludge gods consistently demonstrate. Heretic Cult Redeemer could be said to do the same within the black metal milieu. This is not meant to be the most sporadic, spastic or intensely paced music, but a pensive experience that slowly draws you in and drags you under. Sadly, even at its best (the final few cuts), I just didn't find much reward awaiting me under the unconscious eaves of the melodies, the weighted crush of the chords. However, I also can't say that this is an entirely boring drought of music...these guys are far from incompetent, and have experience in a number of other Greek underground groups. Thematically and stylistically, Heretic Sun Redeemer has some interesting ideas in the percussion and vocals that, if accompanied to more evil or memorable riffing, might prove fruitful and mesmerizing. So while I wasn't heavily absorbed into this particular material, some edging and refinement to the songwriting might one day result in a spiritually suffocating (rather than attention draining) experience. In the meantime, this was just 'okay', a little left of the central path, mystical if not essential.