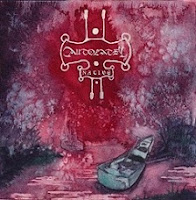 Ever come away from a film screening, a listening party, or an art exhibit with a broad smile on your face that translates into 'something right just happened'? Well, Native, the sophomore full-length from Connecticut's Autolatry has proven the latest instance of this phenomena for me, a conceptual piece which musically expands and expounds upon the band's prior output (the Of the Land EP) in decidedly thorough and positive directions that help to address any possible shortcomings there might have been. Previously an intensely melodic, harmony-drunk black metal outfit who were already quite skilled, they've now successfully embraced and smoothed over tangents of jazz, folk, and post-rock/hardcore chord progressions into a delightful, dynamic whole that remains compelling across a number of listens, and while perfection might still have eluded the quintet, there is no question that Native demands to be head by anyone interested in forward thinking, eclectic spins on its parent genre.

There is precedent, of course, and I'd be remiss to ignore that established European acts like Enslaved and Klabautamann, or modern US cults like Krallice have already tilled some of the fertile soil Autolatry are harvesting, but these guys seize such aesthetics and paint them onto a personal palette of grace and agony which becomes even more engrossing the further through Native one travels. For instance, "Colony", while a formidable exhibition of (or introduction to) the group's rhythmic versatility and devotion to non-standard chord choices (at least in this niche), barely scrapes the surface of the range of emotions and ideas lying in wait for the listener, and is quickly eclipsed by the bass-driven grooves of "Waning Moon" or thundering blast-work which ushers in "Unrest with the Tide", and from there the surprises never cease, from the warm and proggy bridge of "Pale Dishonor" to the immediately memorable acoustic/saxophone interlude "Setting of the Sun", or the immense surge of the titular finale. Autolatry's sense of pacing here is brilliant, through both the consonant and dissonant flux of their riffing progressions, and combined with the lyrical themes of native New England subjugation during the early colonization of the United States, it's clear we've got an album that is unique and important.

This is not pulled off through strict adherence to conventions, but through creative, proficient instrumentation culled from a number of influences. For one, the excellent, fluid and occasionally frenetic bass playing has its roots in jazz, fusion, or progressive rock & metal, an almost Cynic-level attention to details. Its fat, thriving, swerving tones create a seamless contrast to the harsher discord of the modernized chords, which are just as often steeped in post-punk/hardcore (Sonic Youth meets Voivod) architecture as they are paeans to the formative melodic black metal out of Sweden in the 90s. The drums are everything they need to be: whether blasting in concussive clarity or settling into a rock groove, the strikes and fills are well-placed, well-timed, and I love how they're able to achieve such audible, loud levels in the mix without smothering any of the guitars or the vocals. Speaking of which, the snarling might be considered the least of Native's 'curiosities', but there is plenty of conviction there, an occasional growl, and they thankfully avoid the predictable cliche of the Scandinavian soaring cleans. When Karl Chamberlain goes for a mildly cleaner timbre (as in the bridge of "Pale Dishonor") there is still a lot of grime and constipation there which I enjoyed.

Autolatry is artfully abreast of their US contemporaries like Krallice, Liturgy, and Deafheaven, only more intense, memorable, and less prone to the frustrating bouts of ironic and uninteresting compositional choices that render their works incongruent to the amount of hype they celebrate. Native doesn't bear that same philosophical burden of 'let's be artsy for art's sake' which plagues a lot of unfortunate, insipid hipster neckbeard black metal. This isn't some forestry-obsessed Fugazi with rasped vocals, but an actual black metal album, albeit with a difference. Complex, and challenging in that it will occasionally flood the listener with its jarring dissonance and tempos, but ultimately not difficult to follow or headache-inducing. In fact, the harder hitting riff sequences here proved quite a compelling counterweight to the simpler imagery inherent to the lyrical passages of nature and loss. Like if a reincarnated Walt Whitman, speaking on behalf of the Nehantics, Sequin or Pequot-Mohegan tribes, was putting together a Lulu-styled collaboration with members of Enslaved, Agalloch and  Borknagar. Only awesome. I can't say that I loved this record entirely, since I found 3-4 tunes more interesting than the rest, but at its worst, Native is still bound to be one of the most engaging USBM recordings of 2013. Translation: listen to this.