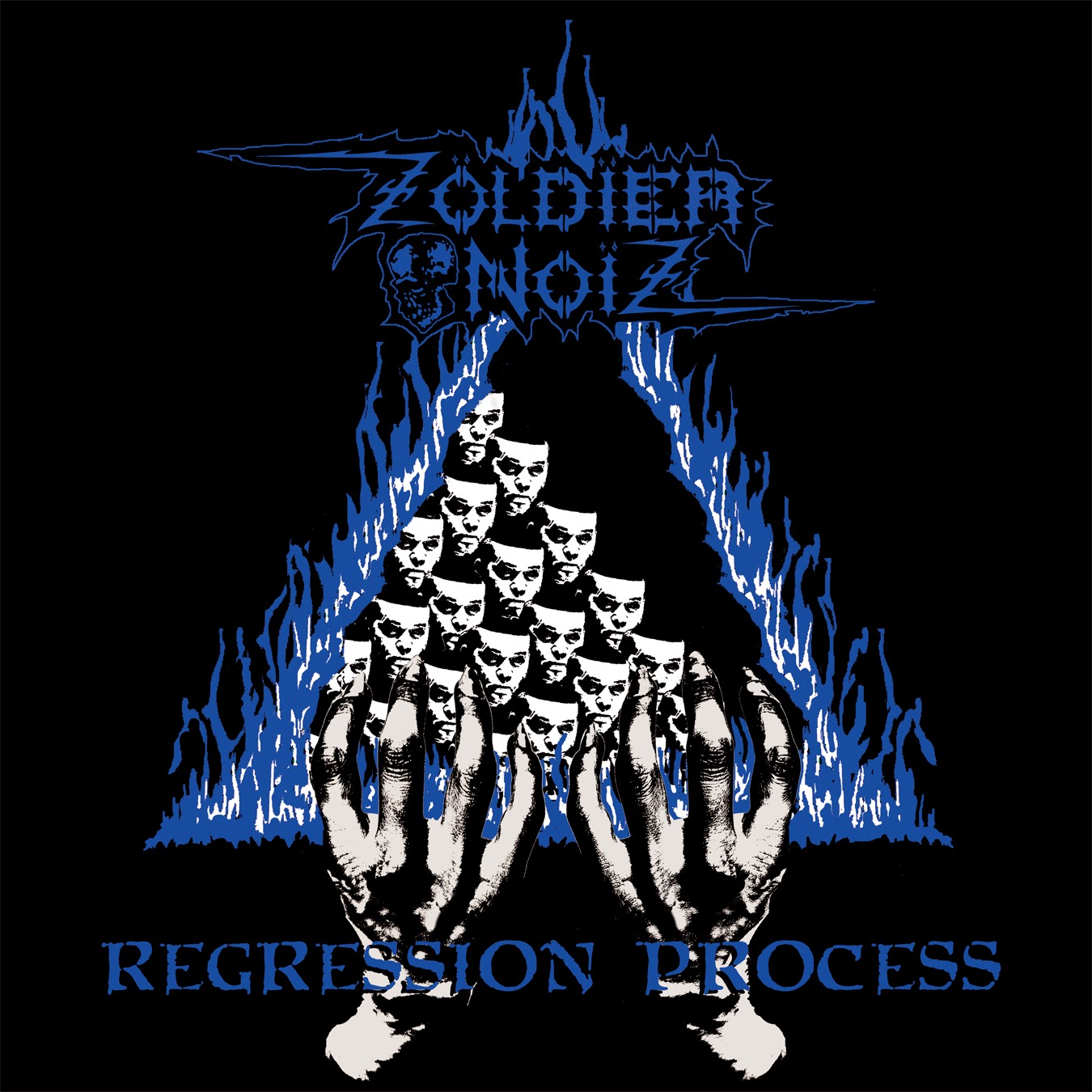 I'm pretty grateful that Zoldier Noiz decided to put out another record, and that Unspeakable Axe was the vehicle to do that; without this, I would have forgotten their first one from 2009. Not because I didn't like it, because I did, and even wrote about it on these pages; but sometimes I become overtaxed with information and some interesting band evades my memory, and now I can make sure that doesn't happen again. This is a French thrash band who come across as a 'grounded' version of the Canadian legends Voivod, if that makes any sense. Specifically, if you took some of their first few albums (War and Pain and Rrröööaaarrr) and then replaced some of the more uncanny sci-fi components with some raw Hellhammer swagger, and mildly gruffer vocal barking.

There's always a punk aspect, some dirty crossover thrash and even some wildly rock & roll lead stuff to give it an anarchic, frivolous atmosphere akin to Children of Technology. Riffs aren't exactly intricate, and to be truthful they often stray too close to familiar terrain, but the general noisiness and body of the songs, and that slight air of dissonance and gutter resonance really makes for a fun listen, even if it's not quite so dazzlingly out there its influences. The production is muddy but excellent, with thick and repulsive guitar tone which doesn't feel too oversaturated, just caked with effluvia, garbage and grime. They're not afraid to break out an occasional blast beat or slow things slightly to a head-banging mid-80s thrash fervor circa Nuclear Assault or Exodus, so there are enough dynamics in play that the dingy central aesthetic doesn't grow too dull or repetitive. Once in awhile the guitars will warp into this more clinical sense of understated melody that winds beneath the brute momentum, and it really casts a shadow as gnarly post-apocalyptic street metal.

I, for one, would not mind if they went even more nuanced or intricate, with even more bizarre melodies or atmosphere chords being flung about the asphalt construction of the tunes. Reaching a little more into that Voivod well wouldn't hurt, but I can understand some hesitation to do that. That said, as material which thrives off its own ugliness, Regression Process is every bit the equal of their debut Schizoid Reject, and I had fun with it for a few spins, and if I'm ever hanging with some street-punk or sleaze-thrash associates, this is something I'd love to break out and share with them, assuming they don't beat me to it. Filthy, French, slightly left of the beaten path, and evocative of the 80s without sounding like every other goddamn band wearing a battle jacket, this is the drainage catacomb lying beneath a high concept, where imagination flows like human waste, gray matter splashing about in the rubbish on its way to pollute the sea. Meanwhile, broken glass bottles somewhere above the process are scarring the cheeks of nuclear gangs, pimps are collecting their dough so they can blow it up their nose, and the restlessness and regression are in full swing.