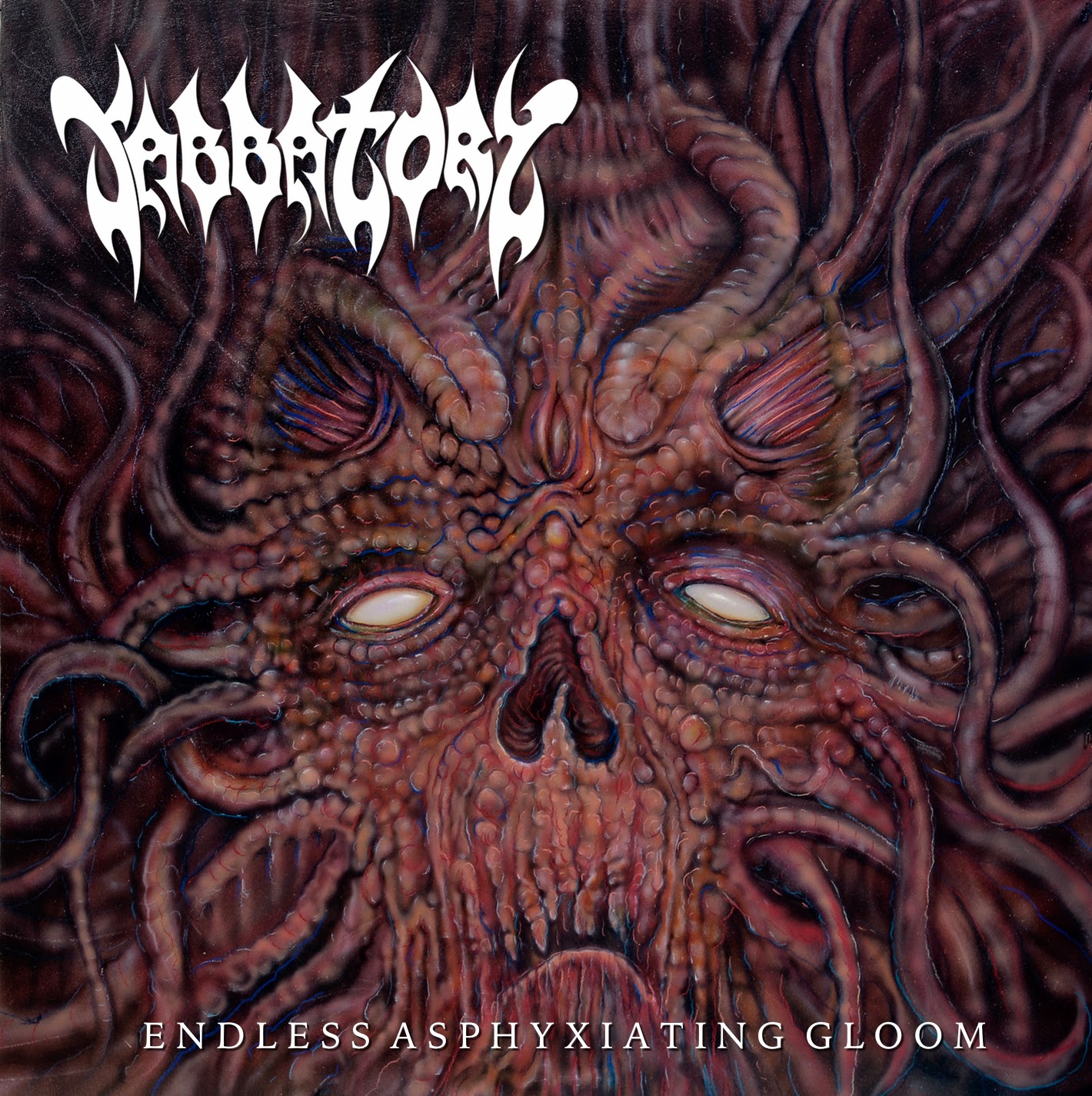 Autothrall is getting so jaded with this style that he should buy a lager for every old school oriented death metal act that comes along out of the ether and doesn't immediately tick him off by sounding like a direct approximation of either the Swedish originators or the American cavern core-fathers. So by that policy, he might owe Canadians Sabbatory at least a six-pack of some lite beer, because while they clearly owe a lot to Autopsy, Repulsion, Death and a number of other antiquities, he didn't feel like they were just cutting and pasting any particular record, but trying to revisit the late 80s/early 90s with their own time machine and put together a pastiche of what they found there. Not that it makes for a particularly good record, or a refreshing one, but this was tolerable.

The lower-end tremolo picked riffs no longer seem as malevolent as they once did on Scream Bloody Gore, Leprosy or Slowly We Rot. The mortician has turned over his keys to the new leasers and gone into a well deserved retirement. But Sabbatory write songs with a distinguishable opening, middle and end, while shifting lanes from the faster subterranean slaughter to a morbid groove, tinny little leads that at least attempt to graft some additional depth onto what are really straightforward tunes. Pluggy, ugly bass lines woven straight into the rhythm guitar's underbelly, and splashy raw drumming which doesn't focus too much on extreme metal techniques, but more on laying out an appropriately dingy groove. The vocals are hardly going to reinvent the wheel, but they're ghoulish growls with a tail end of ghastly sustain and seem appropriately humble in the context of the level of nuance and quality put into the riffs. Once in awhile, they'll lay out a generic d-beat ("Infantasy") or other annoyance, but these were at least not dominant portions of the disc.

Ultimately, I don't want to get into the habit of allowing 'okay' albums to distract me from the tedium death metal has suffered of late, and Endless Asphyxiating Gloom is just that: okay. A lesser of two evils when I'm faced with another band that wants to steal Left Hand Path or Severed Survival from their creators, but I definitely banged my head out to a few tunes like "Being, Thy Eternal Perplexor" and "The End of a Pessimistic Voyage", if only because I had nothing really else to do at the time. If you've got room in your brain for another death metal throwback, Sabbatory could occupy that space without insulting or boring you too excessively, but they by no means offer an ample replacement for the scores of genuine classics from the epoch they identify with, and there are more creative pastures to pick from, as few and far apart as those might be in the spectrum of extreme metal redundancy. In the meantime, I'll hold aside a $10 spot for these chaps at least not sucking.