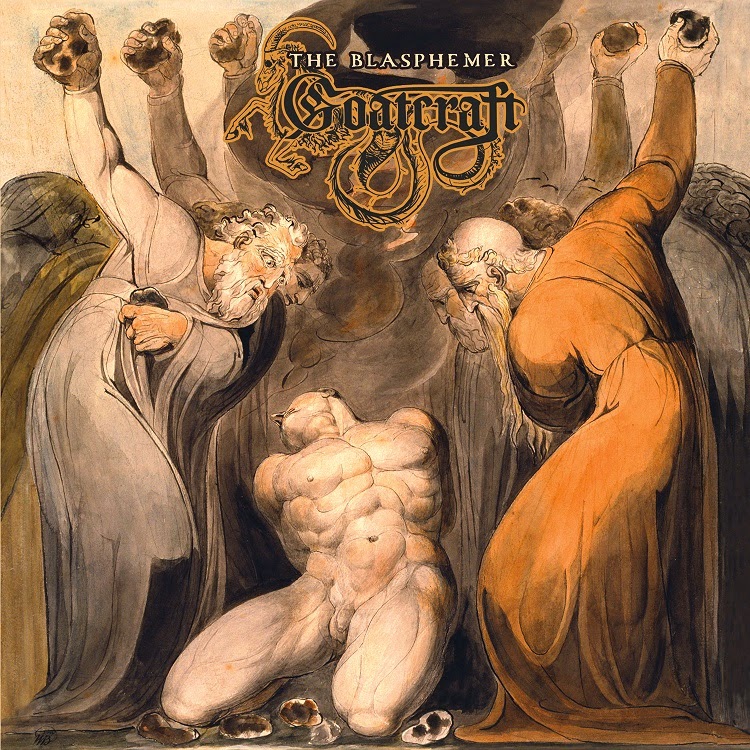 If, like myself, you were a black metaller throughout the middle of the 90s, then you would likely have come across a number of side projects or tangential enterprises from various scene musicians that abandoned the harsher instrumentation to forage bleak, occult experiences through the mediums of neo-classical interpretation or, more modernly the fields of ambient/martial recording or dungeon synth. Labels like Red Stream and Full Moon Productions (among numerous others) were not averse to snapping up some of the more curious of these, whether they were haunting solo vehicles or full-fledged orchestral maneuvers, and these sorts of albums eventually collided with the fandom of industrual/dark ambient imprints like Cold Meat Industries or darker Gothic ventures and provided the extreme metalhead or misanthropist with an escape from his/her normal listening, that is unless he/she was as well-versed in classical/folk music as Scandinavian black metal.

I bring this up, because this has been a field slightly lacking over the last decade, or rather it's practice has become more of it's 'own thing' and pushed to the periphery, since there's just so much of the raw and heavy stuff around that it takes an eternity to explore it to the edge and beyond. Enter Goatcraft, a Texan one man act which seeks to once again corral such edgy aural voyeurs into believing in something beyond the standard fuselages of fuzz and ferocity into a more ancient source that, if The Blasphemer is any indicator, is far from disappeared on any map. Judging by the wave of praise I've seen from this recording, it has surely been one of the more 'noticed' jaunts of its type in some years, and after listening through this, I can understand all the praise, since it's an extremely consistent measure of escapism that thrust my imagination straight back into eras of grandeur and antiquity many centuries before I was even born. To an extent, there is some degree of minimalistic composition redolent of the ambient records Varg Vikernes has released through Burzum (the last few of which have become progressively more boring), but The Blasphemer strikes just the right balance of New Age and classical aesthetics that so morbidly swell it with potential.

Essentially, Lonegoat's attack is with a piano and a synthesizer, nothing else is needed to embark on such ritualistic mantras of darkness. Haunted phrases of chords or solitary notes are imbued with glittering, dust like cathedral-spire radiance that feel like bells tolling a soul to Hell for all damnation. A spectral haze of simmering ambiance is misted along the backdrop like the morning vapors rolling off a river into some mourning, plague-stricken village and there are numerous layers of dark, resonating piano keys which feel like some grand horror opera being performed from the top of a black tower, cascading down the spiral stone steps into an empty courtyard below. As ominous as I am making this sound, it's actually quite surprisingly vivacious and busy at times, there's nothing lazy or exceedingly repetitious anywhere and only once or twice does he move away from a concise track length to something more bloated, and even then he will pack a composition with enough performance and raw talent to evict any possible repercussion of lazy self-pandering, useless weight or indulgence (the entire experience is just under an hour, where he could have easily padded it out to fill an entire compact disc).

The Blasphemer is also entirely raw, and his piano sweeps really bounce off the room in which you are listening through it. It doesn't feel highly digitized or processed like a Castlevania soundtrack, for example, and I'm sure this could transfer immediately to any live setting. The music isn't always immensely catchy, nor does it really evade centuries of classical piano tradition, after all it's highly inspired by William Blake's art and archaic soundtrack qualities; but as mood music it is so highly committed. Invested. And, for me, was rewarding enough that I'd recommend it, whether as a score you could impose over a silent horror film or just something to experience with a glass of whine during the onset of a thunderstorm, where the streaks of lightning splay out like visual accompaniment to Lonegoat's key-hammering. It's a rare thing to even attempt such a sound in the 21st century, even rarer to eschew the sheet-music and write it for yourself, so you can bet Goatcraft is something worth keeping your eyes on...for I have a feeling the man hasn't even written us his masterpiece quite yet. Just powerful, gorgeously packaged music for when a rasp, guttural or blast beat just hasn't proven malevolent or magnificent enough.