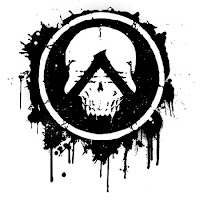 I'm going to state first that Amoral has shifted quite a bit from their earlier years of energetic death metal riffing and vocal grunts. The musical proficiency is still intact, but if you are expecting Wound Creations or Decrowning part two, just avert your ears and do not even bother checking this album out. I'm serious. This is a melodic metal album with more akin to countrymen Twilightning or Sonata Arctica than anything you'll hear in the Finnish melodeath uproar. There were hints on Reptile Ride, but the band has gone all the way this time.

With that in mind, Show Your Colors is not a bad record in of itself. In fact, it's catchy. "Random Words" is a tasteful but forgettable acoustic intro, but "Release" really opens the album with a speedy, resounding guitar lick reminiscent of what Amorphis was doing on Tuonela or Am Universam. Gone are the growls of Niko Kalliojärvi; Amoral have chosen to employ Finnish idol singer Ari Koivunen as the new frontman. To his credit, he sounds far stronger with this material than on the prettyboy melodic metal by numbers of his solo efforts. A silky voice which can hit any register required, and it flows seamlessly across the progressive thrash leanings of "A Shade of Grey", the driving anthem/groove of "Year of the Suckerpunch", and the dirty rock out factor of "Sex 'n' Satan". The ballad "Last October" and the catchy "Vivid" are also strong, despite a few weak lyrics. The album does have some filler material, like the bluesy shuffle of "Perfection Design" or "Gave Up Easy", but even these have at least 1-2 riffs of worth.

The album sounds top notch; the guitars are playfully riffing even during the most accessible metal radio tunes. The band does retain some of its youthful energy and the 'excite' factor that made the earlier death metal records stand out. Though good, the songs here could always be better, and now that they've got a strong voice for this style we will have to hear if they can truly capitalize on this directional shift. Fans of Amoral past who are not open to change had best avoid this, they will hate it, but if you enjoy melodic metal with good vocals and musicianship (especially the aforementioned Twilightning), this album may sate you.