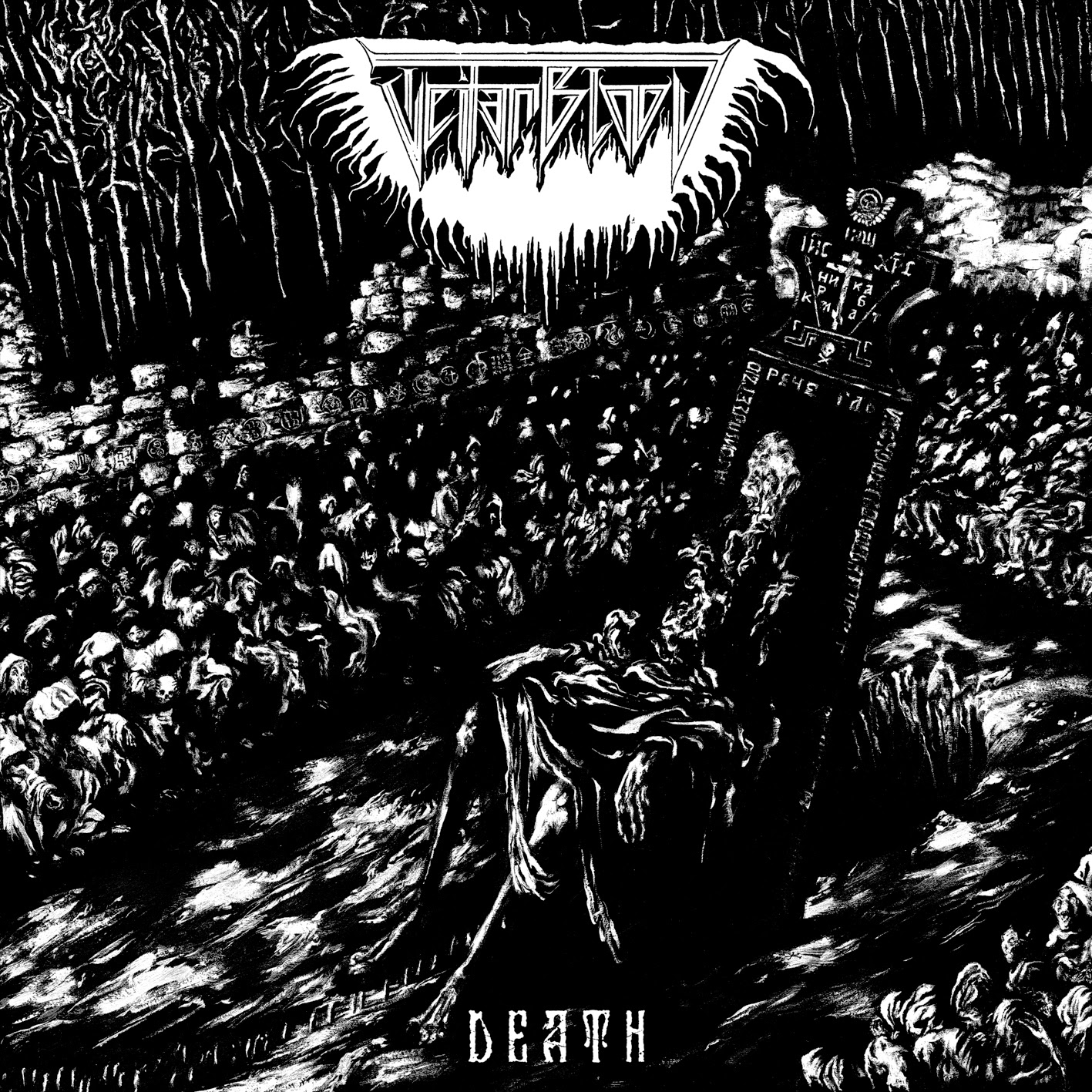 Rarely does an album come along which tears my reaction into so many pieces, and Teitanblood stop at absolutely nothing to garner as much audio disgust as possible on their sophomore, simply dubbed Death. This is one of those records that seeks naught but to watch the world burn, everyone in it reduced to smoldering ash. I won't tell you that I enjoyed the experience, because I'm not sure this is something positioned for 'enjoyment', but the Spaniards have unquestionably trumped themselves by concocting one of the most brutal twists on antiquated death metal aesthetics that I've probably ever heard, certainly in the current craze for the style. If only this thing had even a modicum of quality guitar riffing to match its unholy and uniquely oppressive atmosphere, I'd be growling its praises...

The downtrodden drudgery inherent in the guitar tone catapults me back to the first time I heard Earache records stalwarts like Godflesh, Bolt Thrower and Napalm Death, all in their formative years when they were churning out some of the most savage swill imaginable. The meat and fiber of the instruments is perhaps more redolent of old Incantation, but it's that smoke-belching sense of post-industrious dystopic vision that leads me more towards the English influences. However, to go further, they incorporate loads of intense blast beats, haunting ambient passages and a gruff bark that resonates over the doomed waste left behind consistently by each composition. This has essentially been assembled as a symphonic holocaust which is about three parts metallic songwriting and the fourth is this gruesome classical orchestration anchored by the deep chants of the 17 minute finale "Silence of the Great Martyrs". They've even roped in Chris Reifert (quite active of late) to add some vocals to the track "Burning in Damnation Fires" and his distinct growl is easily assimilated into the unfriendliness the Spaniards spew forth with every note.

Though the tempos do shift back and forth across the track list, I found it compelling how the album opened with some of the most wretched and intense material and then closed with that ominous, ritualistic behemoth. At its most unforgiving I am reminded somewhat of another act involving a Spanish musician, Putrevore, but the way the tides and signatures ebb and flow here seems like one is in the presence of titanic, land-mass-sized beasts of fell mythology as they gore and then gorge upon one another. Cyclopean clamor, speckled with feedback, soil-and-soul-grinding chords and absolutely no fucking heavenly light peering through the roiling clouds of pollution that smother everything beneath them. The lyrics are these odd, gleeful exclamations of entropy, decay and the futility of all living things, legitimizing the 'poignant' simplicity of the album title by serving as paeans from that very antilife force. I would actually recommend this just to experience how far the human imagination is willing to go to pay its homage to this misanthropic musical medium, but that does come with a cost...

The guitar riffs bore the living bejesus out of me. Really, apart from the production, which is likely what will turn a lot of ear (as usual) who have no interest in compositional creativity or individual note progressions that will keep ringing in their minds for years or decades to come. This is all pretty basic, dense chord patterns that rarely visit evil upon the unwary beyond their pure decomposition. I can only imagine what another, mildly eerie melodic layer might have added to this album, or just a more dissonant and interesting set of chords which could have just as easily been molded along the record's utmost sense of oppressive desolation. I probably listened to this about five times just to attempt to pick out minor details throughout the crushing force, and came away wishing that there was just a fraction more musicality to almost all the songs. This might not prove important to some listeners who care more about the sheer extremity and atmosphere and haven't heard a lot of these riff formations to death, but it held me well back from a deeper appreciation. But even saying that, I could not completely escape the shadows this monolith cast over me. It...just...looms there.