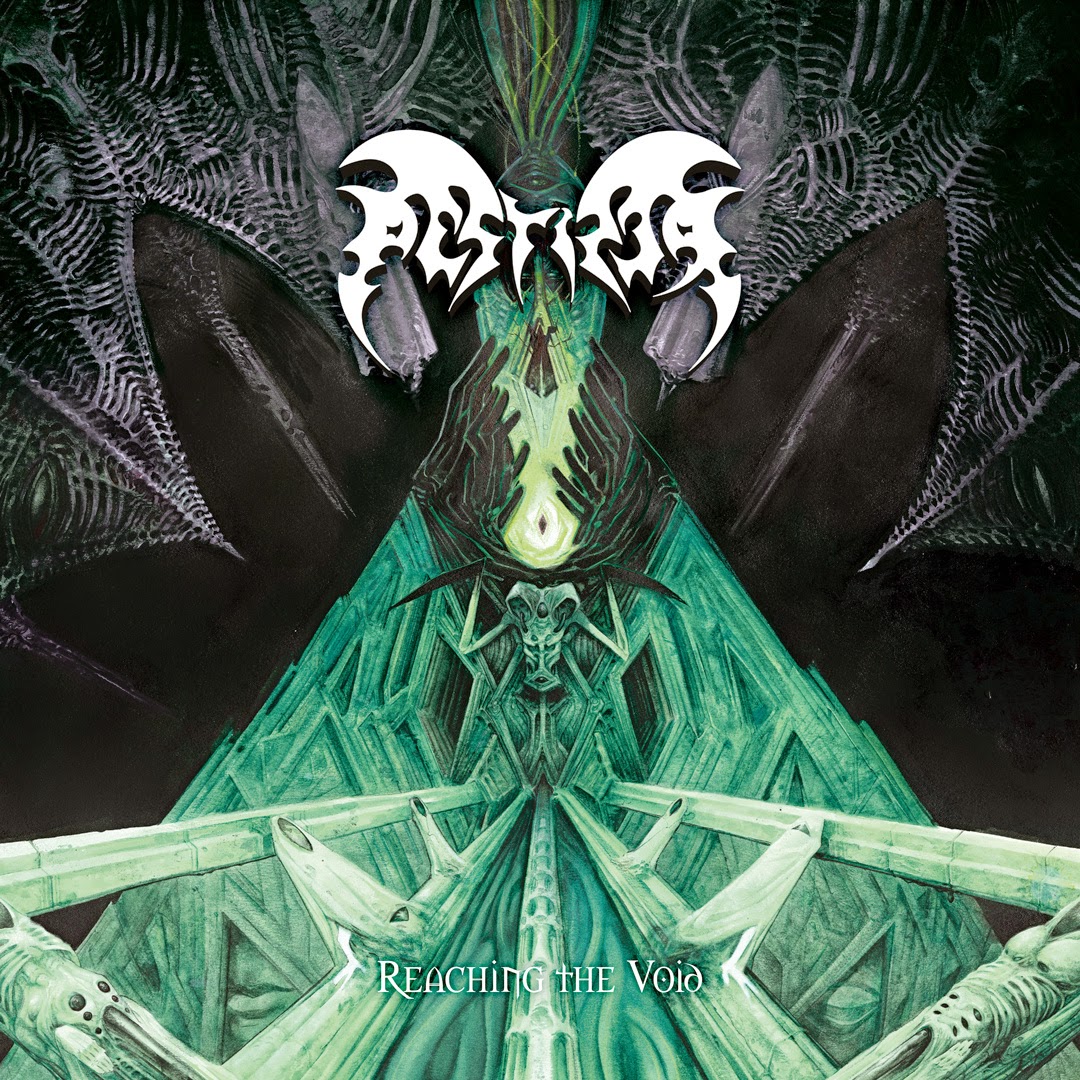 Part of me is a major nerd for progressive ideas enveloped in a tech death metal context, but by the year 2014 I'm afraid that a lot of acts exploring that 'fringe' seem themselves to be repeating the past. Take Pestifer's sophomore Reaching the Void, for all intensive purposes a vortex of busy melodic riffs, bass lines that explore much of their fret-board, and a level of complexity which never eschews composition for pure wankery. Problem is, while the Belgians are not shy on the application of ambitious musicianship, it's still something we've all heard before. That's not to say I didn't derive some enjoyment from the album, but its labyrinthine charms do not always lend themselves to the most ambitious, memorable songwriting...

At its most clinical and convulsive, the playful and punctual thrash riffing passages brought to mind a death metal analog for Deathrow's underrated masterwork Deception Ignored, with some overt nods to Voivod's dissonant 80s material. Early Cynic (Focus), Watchtower (Control and Resistance) and Atheist (Unquestionable Presence) are other obvious references due to the flow of the bass player and the frenetic pulse of the music, with a hint of older Gorguts or 90s Death and Pestilence. But to place this in a more modern context, the songs feel like a collision between Canada's Beyond Creation, Germany's Obscura and America's Vektor, with that spacey, clean cosmic feel of the former two and then the occasional death/thrash viciousness of the third. Pristine, punchy production on the rhythm guitars allows us to hear every drum and bass note, and there are mass amounts of notes flying around, even though precious few seem to stick beyond their own hectic function. But don't be fooled into thinking this is even remotely chaotic or sporadic, because everything is heavily structured here and the band rarely escapes the envelope presented by the list of bands I name-dropped above. Thus, you've got a lot of minor variations on pre-conceived riffing formulas, arpeggio patterns and not a lot else here...

That's going to be enough for some, because let's face it, there is so much more actual 'music' here than on your garden variety death metal record, and even though many bands from Sceptic to Decrepit Birth have sought this sound, it does not seem like there's a heavy overpopulation of them, so there remains that slight illusion of nuance and 'freshness' which captivates the listener who is an admirer of the ability exhibited on the instruments. Through its tight cohesion of melodies and darker, dissonance, Reaching the Void is certainly a disc of some depth, so much fluttering about that I spent a few listens just picking out the bits and bytes of what I enjoyed, but on the flipside this is a 'plug and play' sort of album where many of the tempos and riff sequences could have been mixed up into their neighbors and you wouldn't really be able to distinguish them from one another. The bass, leads and drums keep things interesting, because they're actually dispensing some effort to stand out rather than facing subjugation by the guitars, but ultimately I came away from this feeling more like I'd experienced an 'exercise' than a set of songs I want to re-spin endlessly.

Pestifer have their chops, and I appreciated the detail and effort of this album, but it's not something I'd revisit when I wasn't in a very specific mood; but on the other hand, I obviously share a passion for many of the bands which influenced this one, and though I'd love to think the Belgians could travel further outside the box like their inspirations did at one time, Reaching the Void is more than enough to at least appreciate for the time spent in its conception and execution. If you own and enjoy at least a half dozen of the bands I referenced earlier, or others such as Gorod, Illogicist and Hellwitch, I think this is an easy enough recommendation.